It is learnt there was a concern among bankers that even if the lockdown is lifted on April 14, operations of a number of companies in specific sectors will not see business getting back to normal as the labour has moved out and the production may not be able to restart. 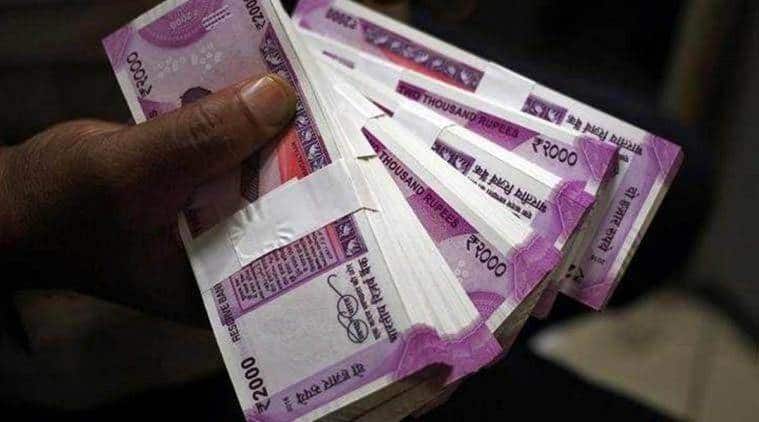 The top 100 large borrowers accounted for 16.4 per cent of SCBs’ gross advances and 16.3 per cent of GNPAs. (File Photo/Representational)

Banks are bracing up for a fresh bout of non-performing assets (NPAs) as the disruption caused to business operations and supply chains during the 21-day lockdown period will take time to repair. Even as the Reserve Bank of India has injected fresh liquidity into the banking system and given banks leeway to deal with potential stress in loan accounts, bankers have discussed with the government their concerns about MSME loans and those extended to manufacturing sectors, such as auto, steel, renewable energy, as those where fresh NPAs are looming.

It is learnt there was a concern among bankers that even if the lockdown is lifted on April 14, operations of a number of companies in specific sectors will not see business getting back to normal as the labour has moved out and the production may not be able to restart.

Apart from these, capital intensive sectors such as aviation, real estate, consumer durables, and jewellery may take a long time before there is a demand revival. While moratorium provides temporary relief to borrowers and helps check the NPAs during that period, an extended lockdown is expected to have a significant adverse effect on the economy.

Leading analysts and rating agencies have flagged these concerns in their reports, and the stock market has punished financial sector and bank stocks much more than say FMCG stocks.

Moody’s Investors Service has changed the outlook for Indian banking system to negative from stable, as it expects deterioration in banks’ asset quality due to disruption in economic activity.

In a report released Thursday, Crisil said post-lockdown, “asset classes such as microfinance, unsecured loans, and SME borrowers (including the LAP segment) will see continuing pressures on asset quality due to weaker profiles of borrowers and expectation of only a gradual economic recovery.” It said while RBI’s permission to banks to offer moratorium on servicing of bank loans until May 2020 comes as a big breather in the immediate term, it pointed that over the near to medium term, credit quality trends would be driven by the ability of companies to rebound from the near-standstill demand situation.

Even bankers say in most of the businesses where shopfloor function is involved, such as steel, heavy engineering, auto, and their ancillary units, there is a perceptible impact. Renewable power is struggling because of complete disruption of supply chains from China, as a result of which they are way behind on project schedules and could face payment issues from their customers, the power discoms. MSMEs are the most impacted, especially from the labour exodus. In these cases, what’s been flagged is that even months after the lockdown is lifted, operations may not return to normal because of the labour migration issue

Government officials, however, continue to be optimistic. “We don’t think the lockdown will persist beyond 21 days. While bankers may have their concerns, one also needs to bear in mind that the Indian economy has lot of resilience. The three-month moratorium, along with a series of government and RBI measures, would ensure that we traverse this phase with least possible disruption,” a finance ministry official said, asking not to be named. Queries sent to the finance ministry and the Reserve Bank of India seeking comments on the story did not elicit any response.

Banks are concerned about a fresh wave of non-performing assets that may hit them as a result of the lockdown. While a prolonged shutdown of the economy is expected to hit them hard, the 21-day period is enough to cause pain to lenders, especially in loan accounts from sectors including MSMEs, airlines, real estate, auto dealers, gems and jewellery, metals among others. A raft of measures by the RBI will provide them some relief during the next three months, but a buildup of bad loans looks inevitable.

Gurpreet Chhatwal, president, CRISIL Ratings, “We foresee India Inc’s credit quality deteriorating in the near-term. Our study of 35 sectors, both from manufacturing and services, however, shows sharp variation in resilience in a post-Covid-19 landscape. Strong balance sheets or continuing demand will support some sectors during the current lockdown.” Excluding financial sector, these 35 sectors comprise 71 per cent of the debt in the agency’s rated portfolio.

Pharmaceuticals, telecom, FMCG, fertiliser, oil refineries, power & gas distribution and transmission are among the sectors — comprising nearly 44 per cent of the debt — which are in high resilience category, while another 52 per cent debt is to sectors with moderate resilience such as automobile manufacturers, power generators, roads and construction. Around 4 per cent of debt is in sectors that are least resilient, such as airlines, gems and jewellery, auto dealers and real estate, given the discretionary nature of goods and services, and weak balance sheets, the rating agency said.

Edelweiss said the most vulnerable businesses “are obviously those that have borrowed or lent money, have high fixed costs or are dependent on heavy human interaction.” While MSMEs may be a concern for bankers, it is, however, important to note that according to the RBI’s financial stability report, the share of large borrowers in scheduled commercial banks’ total loan portfolios and their share in GNPAs was at 51.8 per cent and 79.3 per cent, respectively, in September 2019.