Lockdown Reading: Annie Zaidi on the books she is trying to read

Lockdown Reading is a series where authors will enlist the books they are reading (or not) during this time. This week, Annie Zaidi shares her experience. 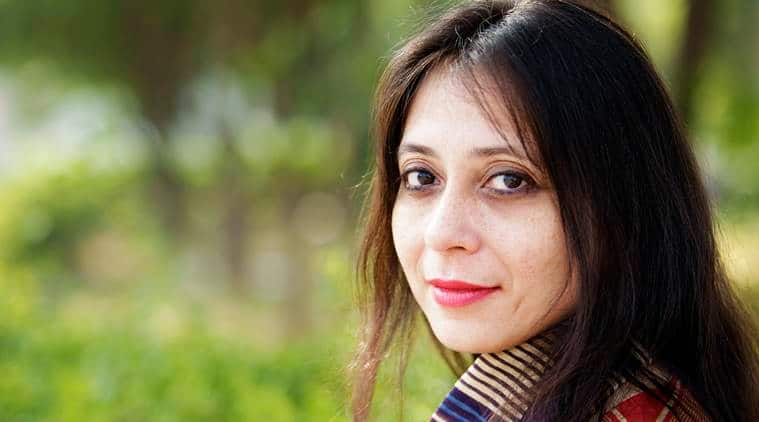 The week before the Corona crisis hit home, a bunch of books I’d ordered began to arrive. The sight of those brown paper (and some plastic) packages sitting on the table brought me a great sense of relief.

Two weeks later, they’re still sitting there in their brown jackets. When the self-isolation advisories finally began to pop up, I thought I would be doing a lot of reading. I am, but not in the way I thought I would be. There is something about this pandemic that puts ice in your heart. Like the virus itself, it grows – this sense of paralysis and alarm. Each day, every hour is suddenly sharp and urgent.

This is not a good inner environment for the reception of a full-bodied narrative, the sort that sucks you into its own fictitious world, or the sort of complex and nuanced argument that invites you to shrug off current certitudes. There is too much uncertainty, too much scare, too much hyperbole, and too much hate around, even as we sit in our homes, each untouchable to the other.

For the most part, I have been reading what everyone else is reading about: the virus. I spend the better part of the day and some part of the night reading reports from all over the world about the origin of the Corona virus, its mutations, its slyness, its deathly creep around the globe, and our utter helplessness before it. I also read about how each country responds to it, and particularly how the Indian state has responded. I follow more scientists and doctors on Twitter than I ever have before, and I spend hours reading up about how symptoms played out, how people managed to recover, how people were treated – by doctors, by their neighbours. How some people were beaten and some killed themselves. And some burst firecrackers.

Apparently, this last was meant as an act of solidarity. It is bad for me to read this way. I feel the sour bits of knowledge sinking into my bones. I feel corroded, but I cannot help myself. The only healing thing I read is poetry. I find a lot of it on Facebook these days. Some of it is original, being written as the pandemic and lockdown unfolds. A lot of it is exquisite and painful and oddly soothing. Friends send me poetry via WhatsApp. I send them poetry and songs in turn. Hindi, Urdu, English, translations from Russian, Polish, Persian.

A pandemic such as the one we confront now is a crisis, a disruptive event that will have lasting impact on public and private culture, economic models, and perhaps even on our individual and national self-definition.

For weeks, I have been trying to read a very slender book called 1857, by the historian Irfan Habib. In simple Hindi, it explains the social and political factors that led up to the mutiny, which was later described as the first war for Indian independence. I am very interested in the events of 1857 and the period leading up to it because it holds the seeds to our understanding of modern India, as well as our relationship with our neighbours, Pakistan and Bangladesh.

I often read no more than a paragraph and then I get distracted and start googling one or the other character to get more detail. What we call ‘Indian civilisation’ is indeed well over 5,000 years old. However, for the vast majority of contemporary Indians, their self-concept seems to be have been shaped less by an aggregation of five or one thousand years, and more by certain key, disruptive years in which their older ‘self’ crumbled. The first half of the nineteenth century represents – to my mind, at least – the crumbling of something that I think of as ‘Hindustan’. What I personally think of as ‘India’ begins after 1857.

I am also simultaneously trying to read The Anarchy by Willian Dalrymple, and The Idea of India by Sunil Khilnani. Khilani’s book was written in the 1990s and much has changed in India since then. In the 2012 edition, he writes in the preface that the global West’s fascination with India is not merely on account of its surging economy (back when it was still surging) but because it was rare in being a de-colonised country that had managed to resist the seductions of authoritarian politics and a “singular definition of nationhood”. History moves fast, he argued, and real change was possible; the chronic deprivation and injustice of the past could be challenged.

Reading this in 2020, one can’t help nodding and shaking one’s head at the same time. History does move faster now, but in which direction? For the most part, however, I find myself turning away from the literature of assertion, and even of nuance. The mind seeks clarity and connection with the like-minded. It seeks compressed nuggets of truth and dream, perhaps even apocalyptic visions. So, poetry it is, with its scalpel touch. Its cauterising touch. Its grinding paste of healing. I turn to my bookshelf and pick up a selection of Kunwar Narain’s poems. It falls open where the thread was tucked in. I read it. It makes sense. I take a picture and send it to someone who will appreciate it.

Someone else sends me a poem by Majaz. The desire to read cannot be separated from the desire to hold onto the love one still has, and to reach out to the love one could have had, if one hadn’t been so busy or so arrogant. There is suddenly no more time to waste in pretence or conceit. Not even intellectual conceit. And therefore, sometimes what I reach for is an old Hindi film song, with its transparent longing for the great outdoors and the deliciousness of being alone, and not alone.

(Lockdown Reading is a series where authors will enlist the books they are reading (or not) during this time. Annie Zaidi is an award-winning writer. She was recently awarded with the prestigious Nine Dots Prize)