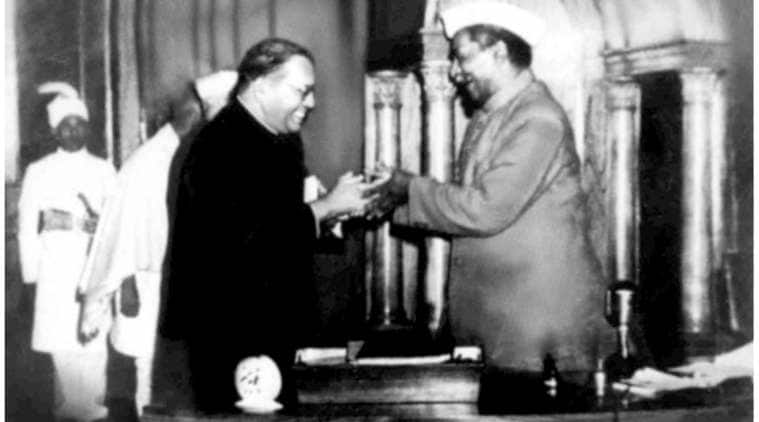 Madhav Khosla has already given us a small account of the Indian Constitution with a splendid biography, an account of Jawaharlal Nehru’s letters to chief ministers, partly contexualised against political federalism, and several weighty articles which establish him as a scholar. His latest endeavour seeks to strike out on a new path partly portrayed in The Oxford Handbook of the Indian Constitution (2016), which he co-edited. Since these 160 pages of text and 56 pages of endnotes devour many libraries, its learning is exemplary, even if we are not wholly satisfied with the way the major makers and debates of the Constituent Assembly (CA) in the “founding moment” are presented.

The endeavour of this book is to show that previous studies of the Constitution, including the much-feted The Indian Constitution: Cornerstone of A Nation by Granville Austin (l966, researched from individual collections before they became publicly available) fall short as each did not lay “its finger on some aspect of the truth… [identifying] some special element… But they all miss out about how democracy was constructed through three mutually reinforcing element: the rule of law, the modern state and the individualisation of identity.” This is a massive indictment, wiping out 70 years of meticulous scholarship and thoughtful consideration. To use Molière’s phrase, Khosla perhaps felt, the others were simply speaking prose; or, as a parliamentarian echoing the CA put it, “We wanted the music of a veena and were given a jazz band.” Khosla’s quest for the veena of the Constitution does not want to look at “historical reconstruction”, “causal accounts” of the actors or “power dynamics [of] specific choices”, but wants a “study of traditions of thought about democracy and constitutionalism”. We may doubt the import of such a reified view, even as Khosla himself approaches the subject precisely from the viewpoint which he rejects.

His “constructivist project” distances itself from “contemporary constitutional theory”, which commonly studies “constitutions and state power… often studied through the language of checks and balances and justifications”. Obviously, the reader needs the benefit of true insight into a democratic state based on the rule of law. Khosla surmises that given the “global challenge to constitutionalism since the mid-20th century… a constitution must be regarded, not as a kind of rule book but instead as a type of text book — a pedagogical apparatus that can bring into being a certain kind of citizen.” This seems to threaten the very fabric of constitutionalism in our present discontents, demanding, as in some other nations, to change our citizenry. It is not necessary to go into the over-profiling or even distorting the views of some members of the CA, or losing the thread of context, which in any case the author does not believe in, for his version of constitutionalism. Though India’s constitutionalism was made at a time of turmoil, the wisdom of the discourse was exemplary, amidst many compromises. Drawn into it were the messages and practice of the French, American and Russian revolutions, imposed on a British parliamentary democracy. There was little doubt about universal suffrage, the rejection of communal electorates and the inclusion of special quotas for some groups. In some areas, AK Ayyar ensured that the reformers lost. Although BR Ambedkar claimed that he had made the individual the basis of the Constitution, guided by him and others the group (Dalits, tribals, backwards, minorities and their religion and culture, including backwards) was the basis of constitutional discourse, and, indeed, the Constitution itself. India is the greatest democratic experiment in multi-cultural, multi-religious and multi-linguistic living that the world has ever seen, the sustenance of which is the true challenge and message of libertarian constitutional endeavour. When Ambedkar talked of constitutional morality, the true text will show that all must act within the Constitution to achieve true social equality, without which the Constitution would fall apart. Perhaps, the social rebel in Ambedkar compromised himself in fear of the grammar of anarchy, but it can never detract from his glorious contribution. Nor can we run away from the denuding of the judiciary, which was expected to be statist.

This book could be taken as a contribution of ‘originalism’, invented by American Republicans to go back to the founders to evoke the conservatism of the Constitution. But within the American discourse, ‘originalism’ taken from the founders could also yield reformist and even radical directions espoused by others. The controversy reached the American Supreme Court, and came to India in a more independent form, to espouse constitutional and tranformational morality. In the Indian context, such open-textured concepts have double edges. Political constitutionalism has, and has always had, its own discourses. As I had indicated in The Constitution of India: Miracle, Surrender and Hope (2017), there is a disconnect between the political and the ‘justice rule of law’ texts. They are both parts of the Constitution, with the former winning the battle.

Khosla hopes that his half-defined view of ‘originalist’ reformism or radicalism will instill life to create “a certain kind of citizen”. Over 70 years, India has produced an impressive juristic ability in the belief that, to borrow a phrase, the Constitution is not in a state of being but of becoming. A massive dose of a Janus-faced constitutional morality is misleading. At the end of my book, President’s Rule in the States (1979), I had felt, most tentatively, that what India lacks is institutional morality, the best practice envisioned for all institutions and processes which now face disruption and disrepair in ways that pose deep threats to India’s “surprising democracy”. This is a more manageable and principled approach consistent with what the founders thought, and the use and misuse of the constituent power to change the Constitution and its ‘ism’ at will.
Khosla has written a most interesting book for lay and law persons, and it must be widely read.

The writer is a senior advocate at the Supreme Court Rajeev DhavanThe writer is a senior advocate at the Supreme Court.... read more