Damon Galgut is the third South African novelist to win the Booker Prize, after Nadine Gordimer in 1974 and J.M. Coetzee, who won twice, in 1983 and 1999. 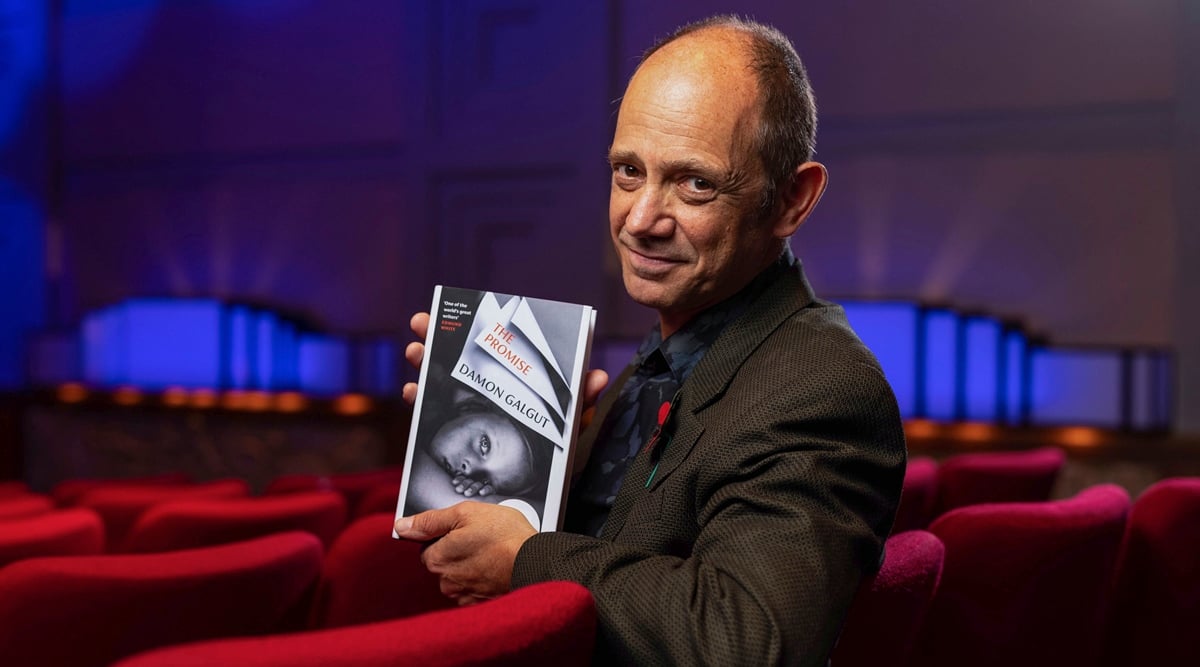 South African writer Damon Galgut won the prestigious Booker Prize for fiction on Wednesday with “The Promise,” a novel about one white family’s reckoning with South Africa’s racist history.

Galgut had been British bookmakers’ runaway favourite to win the 50,000-pound ($69,000) prize with his story of a troubled Afrikaner family and its broken promise to a Black employee — a tale that reflects bigger themes in South Africa’s transition from apartheid.

We are delighted to announce that the winner of the #2021BookerPrize is ‘The Promise’ by Damon Galgut! Watch Damon’s winner’s interview live on the BBC now: https://t.co/AV21wqAtaD@ChattoBooks @vintagebooks @penguinrandom pic.twitter.com/TeC0WvN9k9

Galgut took the prize on his third time as a finalist, for a book the judges called a “tour de force.” He was previously shortlisted for “The Good Doctor” in 2003 and “In a Strange Room” in 2010, but lost both times.

“I’m sure he will be relieved that this time he’s the winner,” said historian Maya Jasanoff, who chaired the judging panel, though she said the shortlisted authors’ past work did not influence the five judges.

Jasanoff said “The Promise” was a profound, forceful and succinct book that “combines an extraordinary story, rich themes — the history of the last 40 years in South Africa — in an incredibly well-wrought package.”

Galgut’s ninth novel traces members of the Swart family, haunted by an unkept promise to give their Black maid Salome her own house. The book is structured around a series of funerals over several decades; Galgut has said he wanted to make readers fill in the narrative gaps themselves.

“The Promise” was selected over five other novels, including three by U.S. writers: Richard Powers’ “Bewilderment,” the story of an astrobiologist trying to care for his neurodivergent son; Patricia Lockwood’s social media-steeped novel “No One is Talking About This” and Maggie Shipstead’s aviator saga “Great Circle.”

The other finalists were Sri Lankan author Anuk Arudpragasam’s aftermath-of-war story “A Passage North” and British/Somali writer Nadifa Mohamed’s “The Fortune Men,” about a Somali man falsely accused of murder in 1950s Wales.

Jasanoff said many of the shortlisted novels, including Galgut’s, reflected on the relationship between past and present.

“This is a book that’s very much about inheritance and legacy,” she said of the winner. “It’s about change over a period of decades. And I think it’s a book that invites reflection over the decades and invites and repays rereading.”

Founded in 1969, the Booker Prize has a reputation for transforming writers’ careers and was originally open to British, Irish and Commonwealth writers. Eligibility was expanded in 2014 to all novels in English published in the U.K.

The judging panel winnowed their list from 158 novels submitted by publishers. Only one British writer, Mohamed, made the final six, a fact has renewed debate in the U.K. about whether the prize is becoming U.S.-dominated.

Last year there also was only one British writer on a U.S.-dominated list of finalists, Scotland’s Douglas Stuart. He won the prize for “Shuggie Bain,” a gritty and lyrical novel about a boy coming of age in hardscrabble 1980s Glasgow.

For a second year, the coronavirus pandemic has scuttled the prize’s usual black-tie dinner ceremony at London’s medieval Guildhall. The winner was announced in a ceremony broadcast live on BBC radio and television.