In an outstanding biography, Zohra: A Biography in Four Acts, Ritu Menon captures the indomitable spirit and perseverance of Zohra Segal 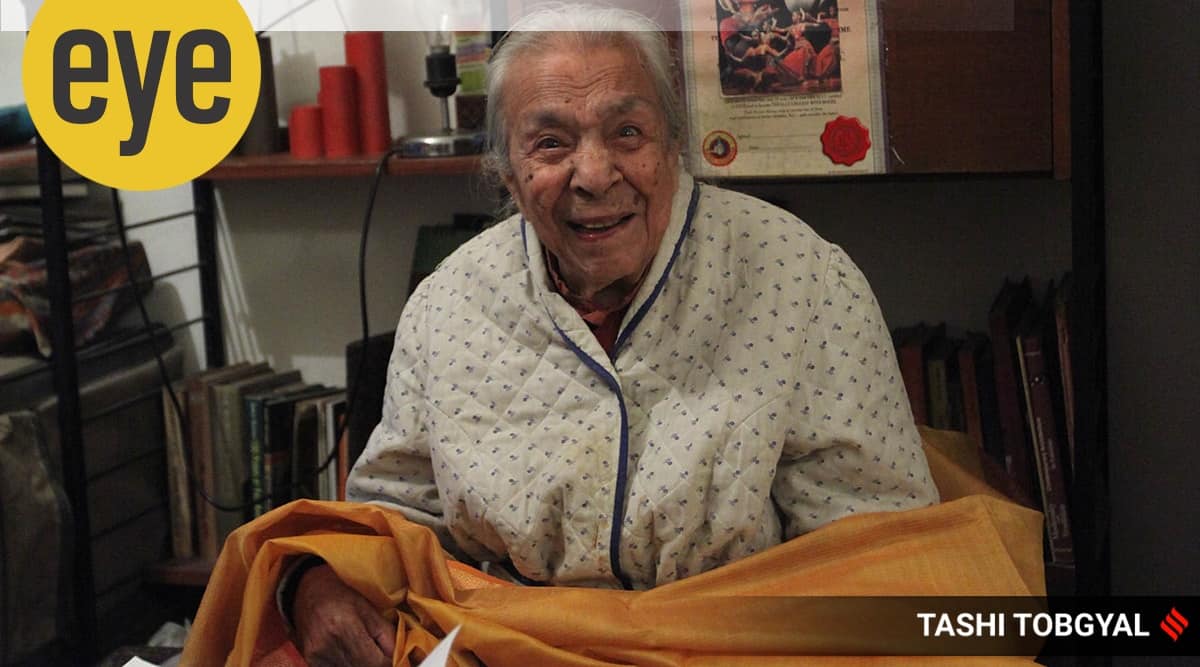 Actor Zohra Segal at her residence in New Delhi in 2014. (Express photo by Tashi Tobgyal)

Autobiographies or memoirs, particularly of artistes, I have always found more fascinating than biographies. For one, they record a kind of oral history that is valuable because it gives a more vivid picture of their life and brings alive the multilayered context of their times. Second, the way memories are mediated reflects another aspect of the personality of each writer in terms of what they want projected and what they choose to hide. Third, being in first person, it captures the nuances of expressions, language, cultural symbols, and, therefore, the whole personality in a way that would be difficult for a biography to evoke. However, I found an unusual exception in Ritu Menon’s biography of Zohra Segal — Zohra! A Biography in Four Acts.

Segal’s autobiography, Stages (1997), written by Joan L Erdman with Segal has more details and, yet, is more staid and tedious. Menon’s biography is an absolutely delightful read. It captures the mischief, impulsiveness, courage, perseverance and the indomitable spirit of Segal in a way that her autobiography did not. In any case, Segal’s life is like a roller-coaster ride with breathtaking ups and downs from pre-independent India to the 21st century, a period that coincides with a time in Indian and world history where new cultural movements were in the making and Segal played an active part in them. How many of us can boast of a life lived as fully as hers till the ripe old age of 102? To capture this life in words is a stupendous task — and Menon carries it out with elan and grace.

The book is aptly titled for it unfolds with all the theatricality of a play scene after scene. I was hooked to it from the first line: “Uday Shankar was her first love — as was dance. Zohra Mumtaz, all of 23 in 1935, couldn’t believe her eyes when she received the following cable from Shankar: ‘LEAVING FOR JAPAN TOUR ELEVENTH AUGUST STOP CAN YOU JOIN IMMEDIATELY’.” One immediately wanted to know how this came about and what happened subsequently. Then, Menon mentions that if there was one trait that Segal happily admitted to, it was her impulsiveness. Just as she impulsively decided to join her uncle on a road tour from Dehradun to Lebanon, “It was impulse again that made Zohra declare in Beirut that she wanted to be an actress. Very well, responded her cousin Mahmud, let’s see how you improvise: imagine your lover has sent you a letter saying he will not be able to meet you tonight. Before Zohra could arrange her expression to indicate dismay or disappointment — or even relief — she had changed her mind and decided that she wanted to be a dancer instead.” And so, off she went for training in dance to Germany, her impulsiveness beautifully captured in these few sentences. That is how the whole biography reads — colourful and evocative. It has a light touch but is packed with a mine of information that would be a delight to anyone interested in the cultural history of the country.

Then follows a treasure trove of information about Shankar’s journey as a dancer, his starting as a magician performing for King George V in London, going on to touring the world and finally setting up the legendary Almora Dance Centre. This book provides a rare documentation of its beginnings, its supporters, its dancers and members, and its methodology. I was fascinated to read that among the sponsors of the centre were luminaries like Jawaharlal Nehru, (Russian actor) Michael Chekhov, Sir Feroz Khan Noon, Rabindranath Tagore, (American dance critic) John Martin and (French novelist/dramatist) Romain Rolland. Among its members, apart from Zohra were (theatre person) Gul Bardhan, (dancer) Sundari Shridharani, (actor-director) Guru Dutt, (writer) Nayantara Sahgal and (dancer-stage director) Shanta (Gandhi). The legendary Ustad Allauddin Khan also agreed to join for music. One can only imagine how electric the environment must have been. The place had a magic where an artiste like Segal blossomed, and also found her life partner in Kameshwar Segal. 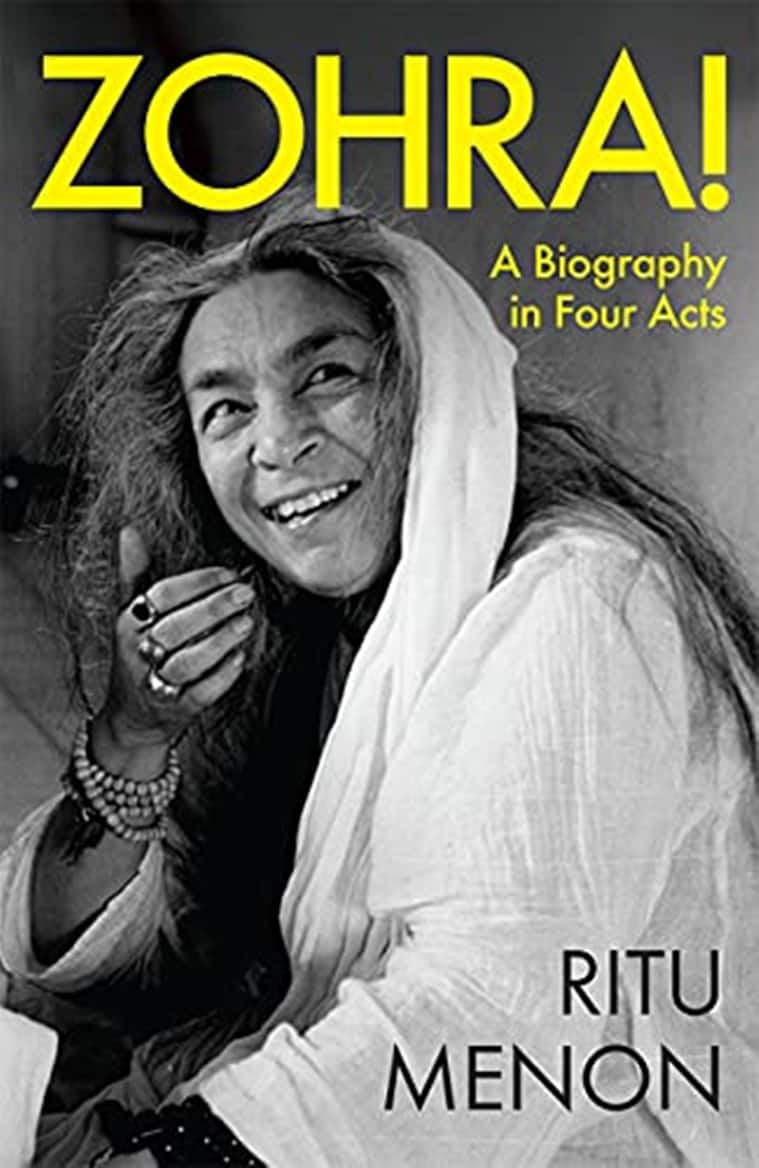 I must say that the book reads like the Arabian Nights, unfolding one story after another, the common thread to all of these being shehzadi Zohra. Each story is about some legendary personality, event or institution. Brief history of all these has come alive through painstaking research into archives, interviews with friends and relatives, and putting together stray references.

Act II of this life drama is about her shift to Mumbai after a brief stint in Lahore trying to run a dance school there in pre-independence India. In Mumbai, she lived in the same house as the Anands (Uma and Chetan), along with Dev Anand, Balraj Sahni and his wife Damyanti and regularly met a huge artiste community. It is from here that Segal made a switch from dance to theatre by joining Prithviraj Kapoor’s Prithvi Theatre in 1945. She spent more than 14 years acting, choreographing and touring with the company. Thanks to the personality and work ethic of her mentor Kapoor, whom she called “Papaji”, theatre and acting became her second passion — one which she pursued till the end of her life. This part is a superb documentation of the work and ethos of Prithvi Theatre. Segal left Bombay when, close on the heels of her husband’s sudden death, Prithvi also closed down. She had now lost both her anchors. She called this period “a period of dying”.

Advertisement
ALSO READ |‘Shang-Chi’ star Simu Liu announces family memoir ‘We Were Dreamers’, book to come out in May

Meanwhile, her children had grown up. So, the intermission consists of her moving briefly to Delhi, where she tried her hand at art administration. Not really enjoying it, she grabbed the chance to go to London for a 10-week acting course at the British Drama League. Act III is about London, where she tried bit roles on the stage. This phase of her life also throws light on the lack of space for diaspora Asian artistes in British theatre and television. With her talent and tenacity, Segal gradually made her presence felt in serials and films there. In the last Act, she returned to Delhi in 1987 and continued to travel for film and theatre projects, which not only kept her in the limelight but also helped earn a livelihood.

There are so many significant details that this biography offers. I would recommend it strongly to those interested not just in the life of Segal but also wanting to know about institutions and individuals who were significant but their role has not really been documented well. I will end this review with the lines Zohra mentioned in an interview… “I didn’t want money; I was interested in fame, I wanted power.” She did get that in abundance. And she deserved every bit of it. Hats off to this feisty diva — an inspiration to us all.