Here's a list of books to look forward to in September. 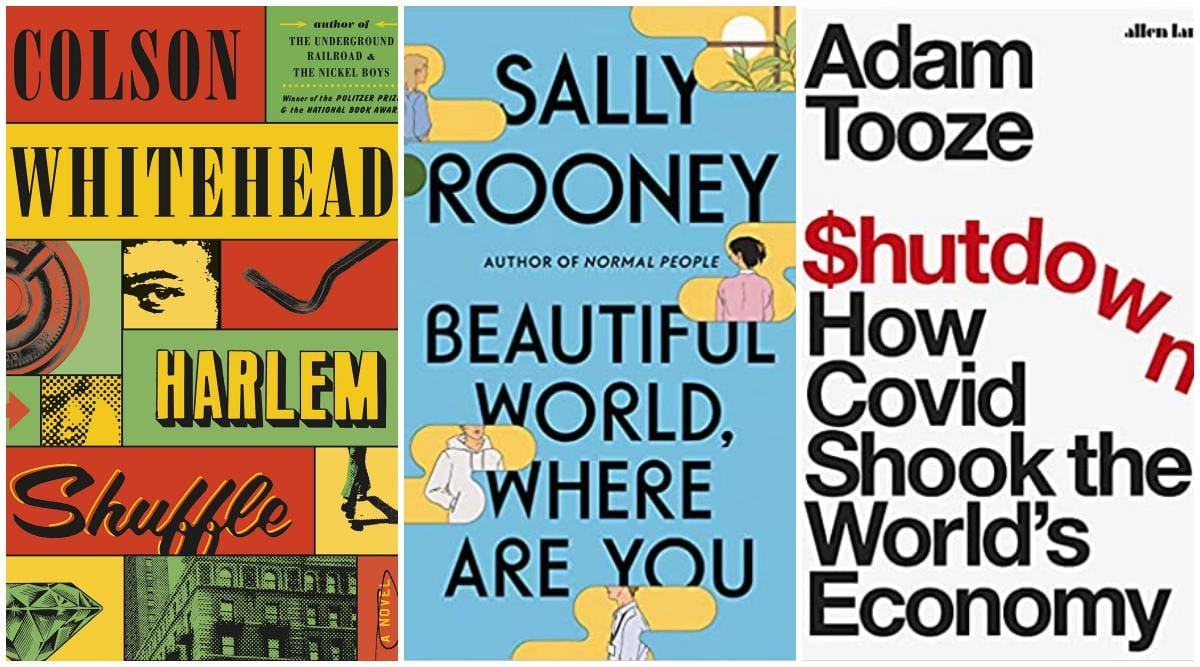 This new thriller, from the author of “Big Little Lies” and “Nine Perfect Strangers,” follows the Delaneys, a family headed by two aging tennis stars. Stan and Joy have sold their renowned tennis academy and are hoping to relax — until Joy suddenly vanishes. As the family works to figure out who might have wished to harm her — one of Stan’s former proteges? a mysterious woman who takes shelter at the Delaneys’ home? — their secrets and tensions boil over.

In 1994, the author fled China for New York City as a young child, where her family living in the country illegally endured hardship and heartache. As Wang puts it, “The Chinese refer to being undocumented colloquially as ‘hei’: being in the dark, being blacked out. And aptly so, because we spent those years shrouded in darkness while wrestling with hope and dignity.” Wang, now a civil rights lawyer, focuses on her early years in this country, zeroing in on the difficulty of adjusting to her new life but also delighting in the refuge afforded to her by Clifford the Big Red Dog and Amelia Bedelia.

Beautiful World, Where Are You by Sally Rooney (Farrar, Straus & Giroux, Sept. 7)

Rooney is back with another bookish, epistolary novel — this time following two intelligent young adults navigating their personal lives amid the backdrop of environmental and social upheaval. Alice achieved unexpected global fame as a novelist and has relocated to the Irish coast after a nervous breakdown, while Eileen works as an assistant at a Dublin literary magazine. Their lengthy, erudite emails to one another leap from cultural and philosophical engagements to chatty inquiries about romantic partners. One email captures the mood of the novel succinctly: “I agree it seems vulgar, decadent, even epistemically violent, to invest energy in the trivialities of sex and friendship when human civilization is facing collapse. But at the same time, that is what I do every day.”

This new novel from the Pulitzer Prize-winning author of “The Overstory” explores the bond between Theo, an astrobiologist, and his 9-year-old son, Robin. Theo researches beings beyond Earth, Robin is passionate about the plight of endangered animals and both are grieving the death of Robin’s mother. As Robin struggles to cope, Theo turns to experimental approaches to alleviate his son’s emotional outbursts.

Ellis, who won a Pulitzer Prize for “Founding Brothers: The Revolutionary Generation,” is upfront about the limitations of his latest book: “No less an authority than George Washington observed at the end that any historian who managed to write an accurate account of the war for independence would be accused of writing fiction.” Here, the author offers a close look at key years in the country’s history, with a special focus on unsung heroes who played outsize roles in the move for independence.

Chronicles From the Land of the Happiest People on Earth by Wole Soyinka (Pantheon, Sept. 28)

Soyinka, the Nobel laureate and playwright, returns with his first novel in nearly 50 years, set in an imaginary Nigeria. Dr. Menka, a surgeon, is horrified to learn that body parts from his hospital are being sold for use in rituals, and when he tells his old friend about the scheme, neither is prepared to learn the truth behind what’s going on. There’s plenty of political and social commentary in this satire, which thrums with warnings about how the accumulation of power can go awry.

Doerr won acclaim for his novel “All the Light We Cannot See,” about a blind girl and a German boy during World War II. His new book follows multiple characters, all connected by a Greek myth, across different three timelines — in 15th-century Constantinople, present-day Idaho and the not-too-distant future.

Over the centuries, humans have had conflicts with various members of the animal kingdom: They’ve litigated caterpillars and greenish weevils, disseminated eviction orders to rats, accused a pig of murder. Roach, ever intrepid, goes the distance in her study of animals whose behaviours disrupt human life: “I taste-tested rat bait,” she writes. “I was mugged by a macaque.”

In Whitehead’s first book since winning two Pulitzer Prizes, it’s 1960s Harlem, and Ray Carney, who has a wife, child and another baby on the way, has made a good life for himself and his family selling furniture. But when he gets mixed up in a heist gone wrong — spectacularly wrong — he struggles between the two competing sides of himself: the (mostly) upright businessman, and the man eager to get ahead and provide for his loved ones. Because for all his schemes, “Carney was only slightly bent when it came to being crooked.”

This never-before-published novel draws on Beauvoir’s real-life friendship with Élisabeth Lacoin, known as Zaza, who died at 21. Beauvoir’s longtime romantic partner, Jean-Paul Sartre, dismissed the manuscript after reading it, and Beauvoir shelved it, but her daughter and literary executor is releasing the book to the delight of fans and scholars alike.

This novel — Jones’ first in more than 20 years — is set in 17th-century Brazil, where Almeyda, an enslaved girl, hears about Palmares — a community settled by people who have escaped bondage. When Toni Morrison encountered Jones’ work in the 1970s, she said, “No novel about any Black woman could ever be the same after this.”

A Pulitzer Prize-winning historian, Wood distills 50 years of research into this book about “the most creative period of constitutionalism in American history and one of the most creative in modern Western history.” Because Americans at the time lacked “any semblance of a common ancestry,” Wood writes, the principles outlined in America’s founding documents are a critical unifying factor.

Rationality: What It Is, Why It Seems Scarce, Why It Matters by Steven Pinker (Viking, Sept. 28)

Humans have mapped genomes, developed lifesaving therapeutic treatments, split the atom, charted the universe — so why are conspiracy theories and other irrational beliefs still so pervasive? Pinker, a psychology professor at Harvard, worries about the power of widespread disinformation, and explains his project simply: “How can we make sense of making sense — and its opposite?”

Renewal: From Crisis to Transformation in Our Lives, Work, and Politics by Anne-Marie Slaughter (Princeton University Press, Sept. 21)

As president of the New America Foundation, a Google-funded think tank, Slaughter faced a backlash in 2017 after firing a scholar who had been critical of Google. People both inside and outside the institution said the move compromised New America’s intellectual freedom. Here Slaughter draws on the lessons she learned during that professional crisis and attempts to connect them to broader social change. As she writes, “Individual experience can teach us about the path to collective renewal. We often forget that personal transformation can illuminate and inspire social change.”

The Right to Sex: Feminism in the Twenty-First Century by Amia Srinivasan (Farrar, Straus & Giroux, Sept. 21)

This new essay collection takes on pornography, power, desire and more, drawing on earlier feminist tradition and connecting questions of freedom to class, race and disability. As Srinivasan, an Oxford professor, puts it, these selections are “about the politics and ethics of sex in this world, animated by a hope of a different world.”

Kennedy, a Harvard law professor, takes up everything from Frederick Douglass to George Floyd’s legacy in this collection of new and previously published essays.

Writing about financial disaster and historic upheavals is Tooze’s calling card: His earlier books have taken up everything from the 2008 crash to the economic strategies of the Nazis. In this deep dive into 2020, Tooze uses the pandemic as a lens through which to examine the economic, health and climate ramifications, with a clear warning about our preparedness for the next crisis.

The Wrong End of the Telescope by Rabih Alameddine (Grove, Sept. 21)

This novel, a window into the European refugee crisis, follows Mina, a Lebanese American doctor who heads to the Greek island of Lesbos to help with refugee resettlement. Nothing has prepared her for the scale of the disaster, and she quickly becomes close to Sumaiya, a Syrian woman who has done her best to keep her serious illness a secret from her family.

You Got Anything Stronger? Stories by Gabrielle Union (Dey Street, Sept. 14)

Union’s earlier book, “We’re Going to Need More Wine,” touched on everything from sexual assault to discrimination in the entertainment industry. Here, she reflects on motherhood, revisits her “Bring It On” character, Isis, and offers a close-up view of a glitzy Chateau Marmont evening.