Rice, a BJP rise and ruckus: What explains the angry TRS in Parliament

TRS MPs have entered the Well demanding that the Centre procure paddy from Telangana, as well as clarify how much paddy the Food Corporation of India (FCI) will pick up every year in kharif and rabi season from the state. 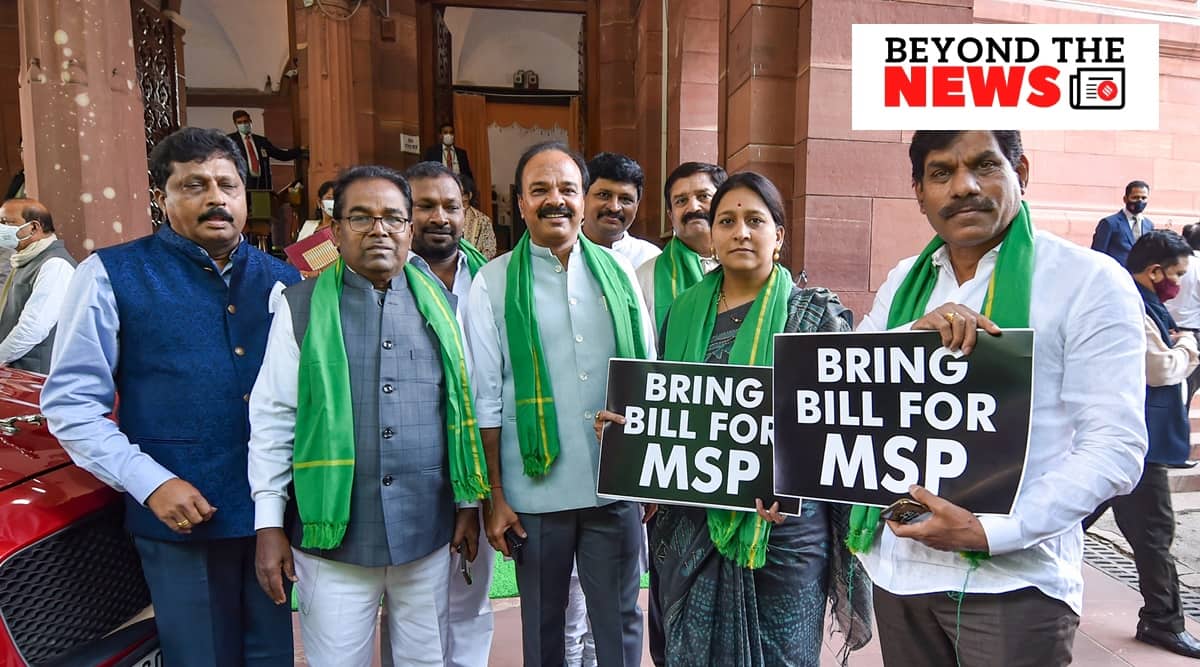 As the Winter Session gets off to a rocky start, one of the noticeable protesters in both Houses has been the Telangana Rashtra Samithi (TRS), a party that has mostly remained neutral in Parliament since Narendra Modi became the Prime Minister in 2014.

TRS MPs have entered the Well demanding that the Centre procure paddy from Telangana, as well as clarify how much paddy the Food Corporation of India (FCI) will pick up every year in kharif and rabi season from the state.

A bumper harvest has left paddy farmers in distress in the state, and given the Opposition a handle. However, this crisis has been building for a while, and what appears to have stirred the TRS into agitation in Parliament is the loss in the Huzurabad by-election last month to the BJP.

TRS leaders admit that while the party has no grief with the BJP at the Centre, the growing presence of the latter in Telangana has forced Chief Minister K Chandrashekar Rao to rethink the party stance.

Senior TRS leader and minister Talasani Srinivas Yadav claimed the protests by the party in Parliament “will have a huge impact on the BJP in Telangana”. “BJP state president Bandi Sanjay and Union minister G Kishan Reddy claimed the Centre will purchase every paddy grain from Telangana. But in Parliament Agriculture Minister Piyush Goyal flatly denied they would purchase any more paddy. We are exposing the double-talk of BJP leaders… Our MPs won’t back down in the Lok Sabha and Rajya Sabha till the BJP is taught a lesson,” he said.

Yadav added that as a new and small state, Telangana had deliberately chosen a non-confrontational approach with the Centre. “But the BJP is hurting our interests.”

Explained |How and when MPs are suspended

TRS MP Nama Nageshwara Rao, who is leading the party’s charge in the Lok Sabha, said they intend to show that the BJP’s “concern” about Telangana farmers is all lies.

What also has the TRS on the defensive is that the paddy surge rides on its government’s huge irrigation projects, the Rythu Bandhu farmer welfare scheme and uninterrupted power supply, encouraging more and more farmers to turn to the crop. The Telangana Agriculture Action Plan, 2021-22, shows paddy production increased by 29.9 % from 2019-20 to 2020-21.

In fact, anticipating such a situation, CM Rao has been warning farmers not to grow too much paddy. This June, he said that sowing paddy was as good as “committing suicide”, as the prices could collapse due to a bumper harvest, prompting protests from farm organisations. In September, word went out quietly to district collectors to inform seed suppliers to curb sales of paddy seeds.

TRS Politburo member B Vinod said the crisis was the result of conflicting signals from the Centre. “Due to the irrigation projects, water is available and we are producing bumper paddy. Should we continue to produce paddy or not? There is no clarity,” he said.

Agriculture Minister S Niranjan Reddy said: “We have been asking the Centre to spell out how much they would acquire, but we received no response.” He added that the TRS was “under no threat” from the BJP in Telangana.

But, facts show otherwise. From one seat in the December 2018 Assembly elections, the BJP has been steadily growing in Telangana. It first stunned the TRS by wresting the Dubbaka Assembly seat from it in November 2020. Then, in December last year, the BJP emerged as the second largest party in the Greater Hyderabad Municipal Corporation (GHMC) elections, with the TRS losing about half of its sitting seats to the party.

When the TRS retained Nagarjuna Sagar seat in the May 2021 Assembly bypoll, party leaders claimed that the BJP’s Dubbaka win had been a “fluke” and that the GHMC results were a factor of TRS infighting.

That claim stands exposed after the Huzurabad result, despite CM Rao taking personal interest in the election. Several ministers were deployed to campaign and the constituency was earmarked for the launch of the Dalit Bandhu scheme. However, the TRS’s G Srinivas Yadav was defeated by the BJP’s Etela Rajender by 23,855 votes.

The loss was even more bitter due to the fact that six-time MLA Rajender is an old TRS hand. Having steered the state through the Covid peak as health minister, he was kicked out of the Cabinet on May 1 by Rao over allegations of land-grabbing.

Beleagured Sukhbir Badal grapples with SAD crises ahead of polls