The ordeal, the hope 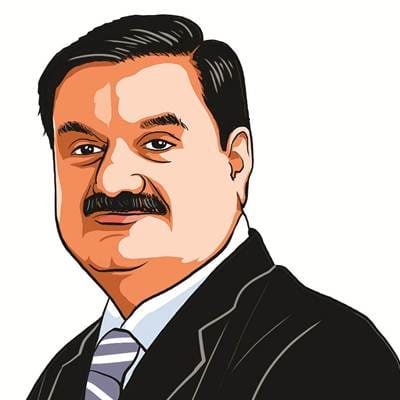 Over the past decade, 26/11, every year, has been a day for personal reflection and prayer for me. A lot has been written about the tragic loss of innocent lives and damage this act of terrorism caused to our nation’s confidence, and the resilience of our fellow citizens. However, what I will never forget are the sacrifices of the selfless individuals who put their lives in the line of fire to save the lives of those they never knew. One of the lives they saved that night was mine. I still recollect some of the faces — people I will never know, people I will never be able to repay. I am often struck by the thought that this was God’s way of keeping me grateful and indebted.

Was I fearful that night? Of course I was. I had just finished dinner at the Masala Kraft in the Taj Mahal Palace Hotel at Apollo Bunder when the attack began and thereafter began the longest and most chilling night of my life that proved once again how vulnerable we are despite the false sense of invincibility our egos tend to encapsulate us with. I remember the sheer fear in the eyes of the people around me and the pin-drop silence, disturbed only by the sound of gunshots as we all huddled in the room we had been rushed into — all of us in sheer disbelief to what was unfolding. It is in this context that I find the bravery of my fellow citizens who went about doing what they saw as their duty to protect us — without a thought for their own safety — so utterly inspiring and fascinating.

As I reflect on that night, I still continue to look for answers. How is it that some people have the ability to step up so extraordinarily at a time of crisis without a worry for themselves or their loved ones? Is this an inherent nature that some people are born with? Is it a sense of loyalty they have towards their leaders? Or is it patriotism that inspires them? I don’t have answers — just stunning stories from the night of 26/11/08.

What is it that allowed the young Major Sandeep Unnikrishnan to put his life on the line to help dozens of guests like me get to safety before going down fighting to save his teammate? How did assistant sub-inspector and retired army man Tukaram Omble pull together the willpower to take bullets in the stomach and yet have the raw courage to pin down and capture Ajmal Kasab alive? How do officers like Hemant Karkare, Vijay Salaskar, Ashok Kamte, and Mukesh Jadhav develop such an intense sense of loyalty to a cause that they are willing to put their lives in danger every single day? How does one develop the commitment to duty as did Karambir Kang, the GM at Taj, to help save hundreds of guests while knowing he was losing his wife and two young sons in the fire set by the terrorists?

The scars of 26/11 will never heal. As I reflect on the sacrifices of those that I will never know but to whom I owe my life, I am struck by the thought that more than geographical boundaries or economic imperatives, it is the inspiring sacrifice of our martyrs that helps hold India together. It is these very scars that should serve us as a reminder and make us grateful for the freedom we enjoy. The Mumbai attacks were an example of the fact that while India has its immense forms of diversity and inequality, we have the ability to be one India at a time of national crisis, and I fundamentally believe that 26/11 bound us tighter together as one India.

That being said, we must realise that global terrorism is now an inevitable reality. Its modus operandi is to attack the most symbolic institutional edifices. 26/11 was a collective failure of intelligence and brought to the forefront the concept that national security is now forever a critical economic priority. Therefore, as India globalises and works to attract foreign investments, it must be kept in mind that attacks like 26/11 can put us back by several years. Therefore, the more India succeeds, the more will it have to be on its guard.

While it may admittedly be impossible to prevent all attacks, there is no denying the fact that terrorism breeds in waters where democratic freedom is curtailed. Efforts being put in to eradicate poverty, promote sustained economic growth, good governance, rule of law, and respect for all religions, religious values, and beliefs is the only way to ensure we do not get terrorised into segregating the freedom of our citizens and avoid playing into the hands of the very forces we want to keep at bay. In closing, I will say that business leaders are often told that we inspire others.

For me, 26/11 proved beyond doubt that as long as people like Major Sandeep Unnikrishnan, Assistant Sub Inspector Tukaram Omble, ATS Chief Hemant Karkare, and Karambir Kang exist as role models that define the spirit of India, they will remain the true inspirations for our great nation.

The writer is founder and chairman of the Adani group.