Class-specific self-congratulation over survivorship is restrictive in its worldview 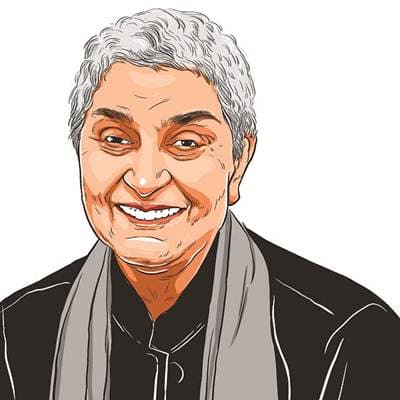 It is the 10th anniversary of the attack on Taj Hotel. Bombay has survived. That is the good story, the story we would like to tell ourselves. But this kind of survival story can apply to many post-disaster scenarios anywhere. And we are grateful that they can.

Yet, some of us continue to ask: Does the rebuilding of Taj Hotel and its continued occupancy represent the survival of a monolithic “Bombay?” Did it matter to the shack dwellers who are constantly displaced away from their habitat? If anything, it has thickened a generalised hatred of Islam, not always borne out by on-the-ground loyalties, especially among women.

It is the history of so-called Jihadist terror, its application to the subcontinent re-narrativised by a global story today, networked with a broad history, that must be carefully studied by those of us who can claim survival, because we are in a class that might check into the Taj (I tend to go in for 3-star family hotels). And then, ask ourselves, the self-styled “survivors,” how in today’s Indian geopolitics, we stage ourselves in the production of that history. Tell our children, our students, our clients as we celebrate the anniversary.

I finally realised I was a New Yorker on September 11, 2001, the day the towers came down. I was in Philadelphia and all access to the city was closed, but I could not stay away. I hung around the railway station and hitchhiked my way on various randomly redirected trains and subway trains. I saw the jet-black cloud-like felt covering the sky as we crossed the Hudson river. We ended up in the bowels of the subway system, somewhere around 33rd street, water dripping incessantly on the tracks, escorted by men in yellow slickers wearing headlamps, as in a mine. The number 9 train was forever eliminated and the number 1 train damaged. I came up into a dark street and walked up Broadway from 33rd Street to 116th. There was a strong smell of burning flesh in the air, reminding me inevitably of Manikarnika and Satkara, Hegel’s Haushaltung der Natur, reminding me that in death the killer and the killed were one, a thought that would come back later. The air was also thick, all the way, with flying bits of paper. Having walked the 83 blocks, I stumbled blindly into Columbia gym — they hadn’t closed it somehow — and punished my body for a couple of hours, staggered home and slept. My city had been damaged. I was hurt in body and spirit.

But this visceral outrage cannot determine a political position. It is the intellectual’s responsibility to offer this counsel to the world. Frantz Fanon, the psychiatrist, had diagnosed a mental problem associated with colonialism: When your group’s lives are not equivalent to the ruling group’s lives, you will become violent; this situation needs healing both individually and collectively. Jean-Paul Sartre had misread this as a mere endorsement of violence, which has stuck. In that September of 2001, I kept thinking of Robert McNamara’s twisted smile when he acknowledged the killing of 1,00,000 in Hiroshima and compared it, just arithmetically, to the 3,000 anguished over at 9/11.

I wrote a good deal on the staging of the aftermath of 9/11 as war, continuing on the same plane as the attack, justice as revenge. I spoke of the commodification of the event, its memorialising in the name of warlike heroism, introducing obstacles to mourning-work. I commented on the property-debates on who owned the land on which the towers had stood.

I remember a typical occasion, this time with South-Asian-Americans, meeting at Asia Society. Person after person said, “We are Americans, not South Asians, do not profile us.” My dear friend and colleague, the poet Yvette Christianse, spoke up to say: “And suppose you were South Asian, would it be ok to profile you racially?” I am regularly racially profiled, as indeed is my brilliant chemistry doctorate, retired from NCERT Noida-ite sister, as she visits me every year. I remember my second cousin, physics professor at Pomona, dark and bearded, being told at a petrol pump as he proffered his credit card: “We don’t want motherf**kers like you in our country.” Whites have killed upper middle-class Indian junior executives.

Things have gone from bad to worse under Trump. He sees “Middle Easterners” in a caravan of Guatemalans. Now survivorship means triumphalism in violence legitimised as war. How to achieve empathy and compassion, you ask? Not easily. Empathy is an American concept, as if centuries of historical oppression managed as war — where religious ideology is used to mobilise violence — can be undone by behaviour showing concern. Religious ideology has a special usefulness here, because it can give race-class-gender violence, even genocide, transcendental endorsement. Good religious behaviour cannot usually undermine that internalised violence.

I am a paid teacher of the humanities, my students’ servant, at top and bottom. It is my obligation to be useful to students, so that they care to consider how not to talk compassion, empathy, resilience when actually engaged in as much self-enrichment as possible with some attention paid to wanting “green” solutions within a profit-maximising and cost-efficiency framework. Like any practical skill, this requires concentrated teaching and learning. In fact, writing about it quite often leads to disingenuous claims. With this warning, I outline the very difficult mental process that has to be practised, without hope of full success, in order to be able to undo the “us” and “them” binaries that Indian Express indicated in its opinion request. I also warn you that the first and last reaction to this from most readers is that it is impractical and individualistic. I cannot do anything about it beyond persuading you that if you get into the concentrated teacher-learning situation, one hopes you would think otherwise. There is no other way out for societies gone wrong basically because of the class-apartheid in education displacing and fulfilling the caste-system or other pre-capitalist power-systems.

When we empathise and show compassion, we remain the subject. If we are serious about the end to binary-oppositional violence, we must acknowledge that we must learn from the oppressed how to access their way of thinking. In that “learning” situation the subject-position shifts to the disenfranchised. In the case of the activist, the changing of the subject in the position called “learning” relates to the largest sectors of the electorate, minds shattered by long-drawn out historical crimes, destroyed further by class apartheid in education, taking rape-culture and bribe-culture as normal, accepting their wretchedness as normal; bursting forth in inchoate resentment as ineffectual resistance. Here numeracy and literacy are useless by themselves, insertion of the paperless immigrant into citizenship is in a taxonomy with the disappearance of democracy by way of voting block politics and, more dangerously, with party violence in elections.

In globalisation, left and right are bound together, they are complicit. Acknowledging complicity, learning from below, generation after new generation, as we support new laws, learn regulation of capital, we can think change, never achieved. Class-specific self-congratulation over survivorship stands in the way.

The writer is a scholar, literary theorist and University Professor at Columbia University. This article concludes the series commemorating 10 years of the 26/11 attacks.
share icon
Subscribe
Sign In
close