There was an attempt on the life of Pakistan President Zia-ul-Haq at Rawalpindi airport, The Washington Post reported. The Post’s report said the attack was made when a shoulder-feed missile was fired at General Zia’s plane taxied on the runway at Rawalpindi airport for a flight to Lahore.

France will impose no special conditions for supplying enriched uranium to the Tarapur plant nor will it exercise any control over the reprocessing of spent fuel by India, under an agreement to be concluded shortly.

Opposition leader Michael Foot questioned British intelligence and diplomacy, which he said had been outsmarted by the Argentinians.

🔴 Pakistan was studying an Indian communication on a no-war pact offer handed over by ambassador Natwar Singh.

This is the front page of The Indian Express published on March 26, 1981.

Indira Gandhi’s government is planning to set up a special group which will take major decisions concerning economic policy and its implementation.

The police were subsequently informed. No suicide note was recovered from the spot, Ojha said, adding Razia had allegedly doused herself with kerosene before immolating herself.

The sultans of Pakistan

How a few wealthy dynasties dominate the nation’s politics, and get even richer.

What links the ideas of Pakistan and Israel,and their shared paranoia. 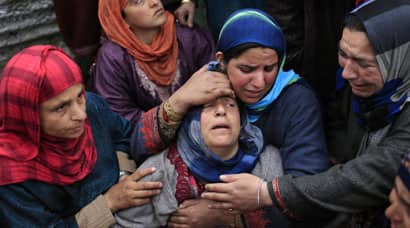 Zia, a poll official was killed soon after voting for the ongoing general elections.