Hollywood films giving Bollywood a run for its money?

Didn't do Wazir as I wasn't interested in getting beaten up by Farhan Akhtar: Tigmanshu Dhulia

Citing the example of Amitabh Bachchan-Farhan Akhtar starrer Wazir which he rejected, Tigmanshu told IndianExpress.com, "I can't do a role where the hero is seen punching me.

"Wazir" has minted Rs.62 crore at the box office, and producer Vidhu Vinod Chopra is "happy" that the movie has been appreciated.

'Wazir' has minted Rs.30.05 crore in its opening week in the domestic market, while internationally the movie has made Rs.14.22 crore.

Amitabh Bachchan's intense portrayal of a wheelchair-bound chess grandmaster in "Wazir" has not only won the audiences' hearts but has also left his actor son Abhishek proud.

Amitabh Bachchan thanks world for success of 'Wazir'

Amitabh Bachchan, seen as a wheelchair-bound chess grandmaster in Bejoy Nambiar's latest directorial “Wazir”, has thanked his fans for the “love, appreciation and patronage for the success” of the drama thriller film.

Neil Nitin Mukesh does not like to engage in conversations about a film's box office collections and he feels actors talk movie business just to sound cool.

Amitabh Bachchan and Farhan Akhtar starrer 'Wazir' has shown an upward trend and has collected a total Rs. 21.01 cr. in its opening weekend.

Amitabh Bachchan and Farhan Akhtar starrer 'Wazir' has collected a total of Rs.12.73 cr. in two days of its release. Himesh Reshammiya starrer Tera Surroor, that released on March 11, opened at the box office with a collection of Rs 1.79 cr. Himesh's film got mixed response from the critics but audiences were impressed with the film's songs. The film is currently in theatres and has been doing average business at the ticket window. Here are the box office collections of some of the films that have released so far in 2016. 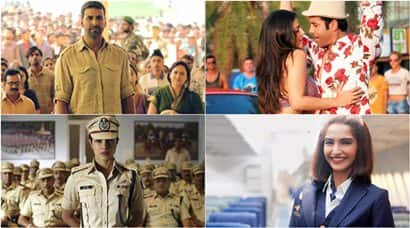 Akshay Kumar's Airlift leads the list of top grossers in 2016 with a total of Rs. 127 cr in its kitty. Other films to have made it to the list of Bollywood's top grossers until now are Sonam Kapoor's Neerja, Priyanka Chopra's Jai Gangaajal, Sunny Leone's Mastizaade, and few more. Sunny Deol's Ghayal Once Again, Akshay's Airlift and Sunny Leone's Mastizaade - take a look at the top grossers of year 2016, till now. Amitabh Bachchan and Farhan Akhtar starrer 'Wazir' has shown an upward trend and has collected a total Rs. 21.01 cr. in its opening weekend. 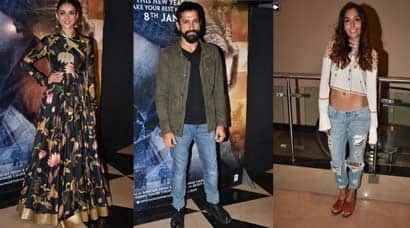 Wazir, which is Bollywood's first release of year 2016 hit the screens today, received fairly good reviews from critics. A special screening was held on the eve of film's release in Mumbai on Thursday (January 7). Film's lead couple Farhan Akhtar and Aditi Rao Hydari along with director Bejoy Nambia and producer Vidhu Vinod Chopra were seen at the screening. Wazir review in Pics: It brings back the actor in Amitabh Bachchan From megastar Amitabh Bachchan, superstar Akshay Kumar to Rajkumar Hirani, all are set to release their films in the first month of 2016, leading to many clashes at the box office. 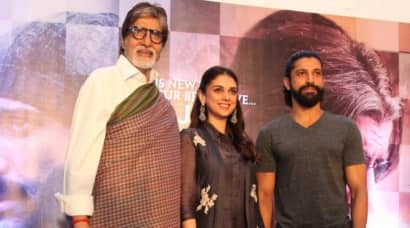 A special screening of forthcoming release, ‘Wazir’ was held on Sunday, (January 3) in Mumbai. The star cast – Amitabh Bachchan, Farhan Akhtar and Aditi Rao Hydari have been super-busy promoting their film. They were also present for the screening along with actors Nandita Das and Shabana Azmi. New Delhi, Feb 17 (ANI): Director Bejoy Nambiar has again collaborated with actress Aditi Rao Hydari for a music video called 'Aarachar'.Aditi, who has earlier worked with the director in 'Wazir,' said she loves to work with a person like Bejoy who is so passionate about his work. The video was made for the Kerala-based band Thaikkudam Bridge. It is a war cry disguised as political satire featuring Aditi as a Goth princess. Bejoy further said that Aditi was reluctant to shoot for a sequence of the song where she had to get drenched in rain, but eventually after several requests she agreed and pulled off the scene gracefully.