Delhi-NCR and Mumbai markets were the top two cities in actual leasing number, but in terms of percentage growth Pune and Hyderabad were leading at 166 per cent and 128 per cent Year-on-Year (YoY), respectively.

Since it opened its first 5,000 sq ft warehouse in Pune in 2015, StoreKaro has graduated to six warehouses in Mumbai and four in Bengaluru, one in Hyderabad besides the spread in Pune. The number of customers, 1,500 in the first year, is now more than 4,500.

The forum asked the insurer to pay an interest of 9 per cent per annum to Victory Agri World, the complainant in the case, from June 30, 2007. 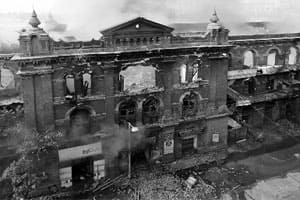 A century-old warehouse at Strand Road was gutted in a major fire that broke out in the wee hours of Sunday morning. 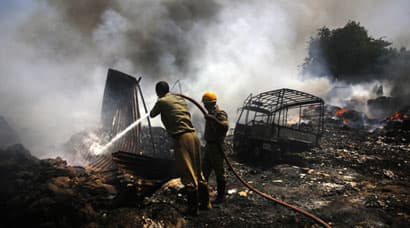 Today in pics: Fire at a warehouse in New Delhi

Fire at a warehouse storing leftover cloth strips in New Delhi on Tuesday.