Sharan Pumpwell, a provincial secretary of the VHP, said: “We have killed 2,000 people as revenge for the murder of 59 kar sevaks.”

VHP withdraws protest against Shah Rukh Khan's Pathaan, claims 40-45 corrections made in the film by CBFC

The Central Board of Film Certification has revised the "obscene song" and "lewd words" in Pathaan and hence the right-wing groups will no longer protest against its release, the Gujarat VHP's secretary Ashok Raval said in a statement.

The five accused have been identified as Ravi Gupta (28), Parth Mistry (25), Mukesh Vanzara (34), Deva Vanzara (42) and Parth Patel (25). Rander police inspector AS Sonara said the accused were released on bail on Sunday.

Six months after he retired as IGP in UP, Kavindra Pratap Singh picked by VHP to oversee regions he served in his final years in police

Sentenced to life imprisonment, Ram Rahim is currently out on parole.

From public flogging by policemen to hate speech by an MP, the rhetoric of hate is encouraged by impunity

Hate speech is a political problem, its solution must be found politically. Those whose writ runs in the government or party need to draw the line

In a rejoinder to The Indian Express, the VHP denied any association with those who had felicitated the culprits, and asked the BJP leadership to clarify whether Ilmi’s views were personal or the party’s stand.

Police said they haven’t received the complaint and are yet to take action in the matter. Faruqui’s team is also not aware of the VHP notice or the show being cancelled.

The trust had issued the tender to Mumbai-based Anwar Sheikh for Rs 46 lakh and the construction of shops (tents) and children’s play area has already commenced in the campus. 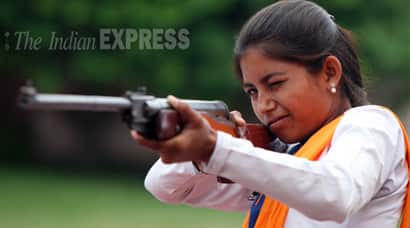 New Delhi, Jan 09 (ANI): Preparation for the two-day seminar on the controversial Ram Janmabhoomi at the Delhi University (DU) is in full swing. The seminar is being organised by the Arundhati Vashishtha Anusandhan Peeth (AVAP), a research organisation founded by late Vishwa Hindu Parishad (VHP) leader Ashok Singhal. A huge number of police personnel have been deployed outside the campus to control any untoward situation.