In Gulzar's 1973 film Achanak, an army officer murders his cheating wife and her lover but then we start questioning how this relationship even disintegrated.

Revisiting Feroz Khan's Qurbani: The stylish blockbuster in which the actor put in everything he had

Qurbani, which released in 1980, not only starred Feroz Khan, but was also directed, produced and edited by the late Bollywood star.

In the last five decades, a lot of discourse around Mere Apne has discussed the film's political stance. But the film also spoke about the epidemic that has swallowed our society and everyone living in it -- loneliness.

Vinod Khanna: The actor who gave Amitabh Bachchan a run for his money

On Vinod Khanna's 75th birth anniversary, here's a throwback to the 1970s when he and Amitabh Bachchan were at the top of their game. While it was played as a competition between the two, Big B and Khanna had a different relationship.

When Vinod Khanna spoke about leaving films and family for Osho: 'Everybody has to travel alone'

Vinod Khan passed away on April 27, 2017, after battling bladder cancer for years. Today, on his fourth death anniversary, we revisit his tryst with Osho and what Akshaye Khanna said about his father's decision of leaving films at the peak of his career.

Dharmendra, Jeetendra and Vinod Khanna's The Burning Train remake in the works

Beyond star craze, demand for infrastructure from MP: Send us to Pakistan if you can’t give us a bridge

Unemployment, pitiable condition of roads, lack of adequate health facilities, and industry, are some of the issues that find an echo in this border constituency instead of nationalist jingoism.

Vinod Khanna: The 'Number 2' who was nothing short of numero uno of the 1970s

It is Vinod Khanna's death anniversary today. Here's revisiting the life and times of a star who started out as a villain before achieving fame as a charismatic leading man. And then, one day, he threw it all (the success and stardom) away for spirituality.

“I feel betrayed. I also feel that the wishes of people who wanted me as their MP were ignored,” Kavita Khanna said. Bollywood celebrities who passed away in 2017

One after another, we lost many actors and directors. Here is a look back at who the Bollywood celebrities lost in 2017. 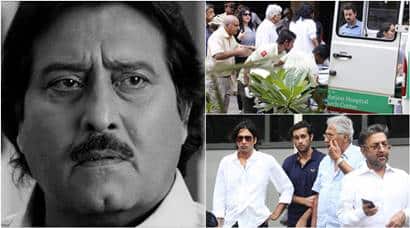 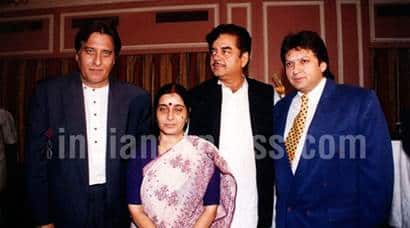 Veteran actor and BJP leader Vinod Khanna, 70, passed away on Thursday. He had been battling cancer for many years. 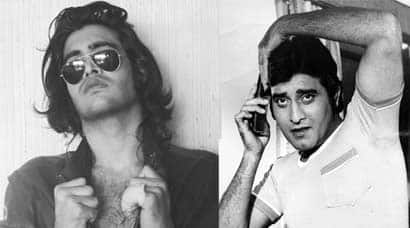 While most are quite aware of veteran actor Vinod Khanna's handsome actor sons - Akshaye and Rahul Khanna, few know about the actor's third son, Sakshi Khanna. In 1990, Vinod Khanna got married for a second time to Kavita. The couple then had a son, Sakshi and daughter, Shraddha. What brings Sakshi into the limelight, is his upcoming Bollywood debut. 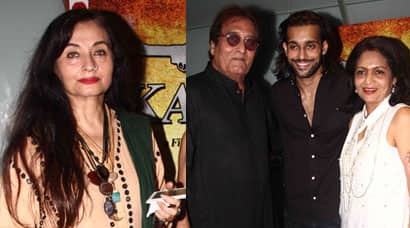 Vinod Khanna made an exception for his family as he stepped out with his wife Kavita for the screening of his nephew Akhil Kapur's debut movie 'Desi Kattey.'