Rajapaksa, 73, had made the appeal for the restoration of his US Citizenship after he failed to seek asylum in any country upon fleeing Sri Lanka during the anti-government protests in 2022, the report said.

Democrats, Republicans sponsor bill to give thousands of Afghans path to citizenship

Even so, a congressional aide, speaking on condition of anonymity, said the measure likely will face "resistance" from anti-immigration Republicans.

Explained: What the US allowing automatic job authorisation for spouses of H-1B visa holders means for Indians abroad

The US government’s latest immigrant-friendly policy amendment is likely to be particularly beneficial for Indian women whose spouses hold H-1B or L-1 visas, as they will now be allowed up to 180 days auto extension on work authorisation.

Telling Numbers: Over 60,000 Indians get US green cards every year

Indians were behind applicants from Mexico, China, and Cuba in terms of number of green cards (lawful permanent resident status) obtained.

The Department of Homeland Security in its latest annual immigration report said that in 2017, as many as 50,802 Indians took citizenship of the United States.

The man was convicted of conspiring to import and distribute male enhancement pills illegally that contained the drug found in Viagra, the US Department of Justice said in a statement.

Obama hints at easing stance on US immigration legislation

Obama said he would have to evaluate the implications of a process to allow people get legal status.

Republicans to consider granting granting citizenship to the children of illegal immigrants.

Bill passed through panel only after lawmakers reached a deal on H-1B visa expansion plan. 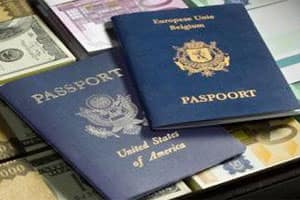 The US Citizenship and Immigration Services has received about 22,000 petitions for H-1B visas.