Meet the PU student who bagged package of 58.48 lakh/annum in UBS placement

A majority of rich investors expect a significant drop in markets before the end of next year, and 25 per cent of their average assets are currently in cash, according to a survey of more than 3,400 global respondents.

While strong growth could be partly driven by disbursements to already approved loans for projects, banks also seem to be supporting some accounts, leading to a stretched working capital cycle.

The US Office of the Comptroller of the Currency, which regulates banks, also fined the US lenders $950 million and was the only authority to penalise Bank of America.

Experts say, this is because HNIs invest most of their wealth in real estate and gold.

Sebi had reportedly sent the notices to several entities including United Spirits, GMR, Essar Group, Unitech, Sterlite and DLF among others.

UBS adds tapering is not a big fundamental worry for India,but depreciating rupee may yet be likely trend.

Biggest monthly gain since October; R strengthens 70 paise to close at 62.41 to $. 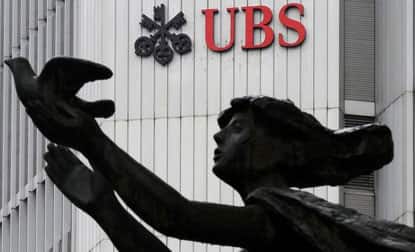 UBS says reforms will likely cause China to outperform Asia ex-Japan for the next few months.