The father, after informing the police, went to the directed place.

"If there are two different philosophies followed in the religion, then we will not interfere,” said Justice Vazifdar.

She plays the character of Ruqaiya Begum,Akbar's first wife.

Several persons,including some actors,had a narrow escape when a fire broke out in a private film studio during the shooting of a TV serial in Ranikuthi on Friday. 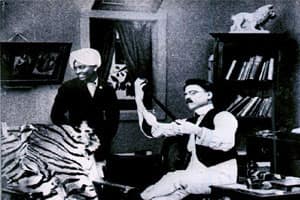 Phalke's family offers manuscript of his play for TV serial

"Rangbhoomi",written by Phalke towards the fag end of his life was a very long play.

From cricketers to film stars,a host of names were a matter of speculation for the third season of Imagines controversial show Swayamvar.

A number of shows have played on the stereotypes of Mumbai in the past.

In the latest episode of Zees Pavitra Rishta,a shot required Ankita Lokhande to be pushed out of her in-laws house by her mother-in-law played by Usha Nadkarni. 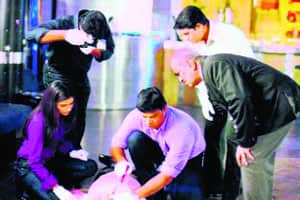 When CID,a weekly crime thriller which launched in 1997,completed 12 years recently,it came as a pleasant surprise.

Theres a heartbreaking moment in Haruki Murakamis The Wind-Up Bird Chronicle,where the protagonist Toru Okada ponders whether he really wants to find out how long his wife was cheating on him.