Will Smith gets 10-year Oscars ban over Chris Rock slap

At the 94th Oscars, Will Smith slapped Chris Rock after the latter made a joke about his wife, actor Jada Pinkett Smith.

Will Smith owned the Williams sisters’ story on screen. Then he stole their moment.

An evening that should have affirmed William Sisters' against-great-odds rise to stardom instead became about Smith slapping comedian Chris Rock onstage.

Recently, Frida Mom, a label that specialises in products which have mothers "covered from first contraction to first postpartum bathroom trip," shared on their Instagram how an advertisement about the struggles a woman goes through post-delivery was rejected from screening by the Academy.

Actor Neil Patrick Harris has been roped in to star in the Christmas-themed promo to promote the upcoming 87th Academy Awards.

Double Oscar winning Indian composer A.R. Rahman is once again in the race for an Academy Award.

Jared Leto has not seen 'Dallas Buyers Club' yet

Jared won the best supporting actor at the 86th Academy Awards for his portrayal of Rayon, an HIV-positive transgender woman.

The actress denies rumours that she is dating Jared Leto.

'12 Years a Slave' has secured nine Academy Award nomination including the best picture and best director.

Nicholas Hoult proposed to Jennifer Lawrence on the night before Christmas at her family home.

With SAG win, 'Hustle' has Oscar look of 'Argo' 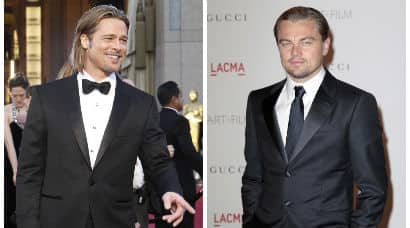 Here's a look at actors and actresses who have surprisingly never won an Oscar during their film career.