Three found guilty in downing of Malaysia Airlines plane with 298 on board: what happened that day above Ukraine?

On July 17, 2014, Malaysia Airlines flight MH17 was on its way to Kuala Lumpur from Amsterdam with 283 passengers and 15 crew members on board. There were no survivors in the crash.

An international arbitration court had on September 25 last year rejected tax authorities' demand for Rs 22,100 crore in back taxes and penalties relating to the British telecom giant's 2007 acquisition of an Indian operator.

Cairn wins arbitration ruling against India in tax dispute: What is this case?

Like Vodafone, this dispute between the Indian government and Cairn also relates to retrospective taxation.

Explained: Why Kosovo President Hashim Thaci has been indicted for war crimes

The indictment alleges President Hashim Thaci – one of the founders of the KLA – and other charged suspects are responsible for nearly 100 murders of known victims and political opponents of Kosovo Albanian, Serb and Roma ethnicities.

India lose 4-3 to Korea in Asia final; will have to wait till Nov. for confirmation of WC berth. 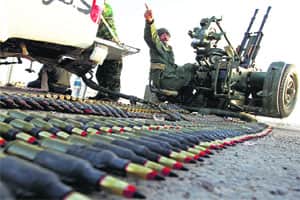 Libya: The Hague to probe ruler,sons for alleged crimes.

US touches base with Iran at The Hague

Richard Holbrooke met the Deputy Foreign Minister of Iran Medhi Akhundzadeh on the sidelines of the one-day international conference on Afghanistan at The Hague.