Australia has shown full faith in the trio of pace bowlers who have taken 631 Test wickets altogether.

Australia retained the Ashes in 2019 after drawing the series 2-2 in England.

Ashes 2019: With Test championship and shirt numbers, old rivalry is in a new bottle

The Ashes also marks the beginning of the World Test Championship (WTC), which adds extra significance to the series.

Compared to Virat Kohli, Kane Williamson and Steve Smith, Joe Root has the lowest rate of converting fifties into centuries. Root has the least number of centuries (16) among the four top batsmen in the world presently.

Jason Roy scored 85 runs in 65 balls as England thumped Australia by eight wickets on Thursday, ending a 27-year wait to reach the World Cup final where the hosts face New Zealand at Lord's on Sunday.

James left the field during a County Championship match against Durham after he felt tightness in his right calf and underwent an MRI scan on Friday which confirmed a muscle tear.

Ashes 2017: I know my role in the Australian cricket team, says Nathan Lyon

Nathan Lyon showed a surprising new dimension as he sledged the England team gratuitously in the lead-up to the match.

I'm all for playing the game in an aggressive manner: Trevor Bayliss

Bayliss will take charge of England for the first time when the Ashes get underway in Cardiff on July 8.

After detailed review of Ashes Down Under, England sack coach Andy Flower

Andy Flower was in charge of the England cricket team since 2009.

England wilted under pressure as Australia edged home by five runs in a low-scoring thriller in Adelaide on Sunday to win the five-match series 4-1. 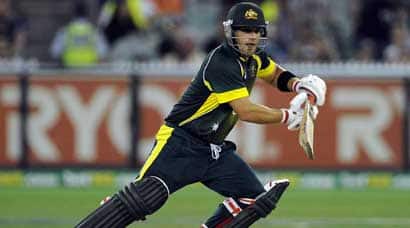