No major terror attack after Modi took over due to fear of our govt: Rajnath Singh

Addressing a gathering of BJP workers at Tent City near the Statue of Unity in Kevadia, the defence minister said, “This government will never allow any terrorist intentions to be successful. Since Narendra Modi has come as the Prime Minister, forget Jammu and Kashmir, India's hinterland has not witnessed any major terror act.”

Have prepared 100 associates ready to do anything at my bidding: Bhatkal

Bhatkal is founding member of Indian Mujahideen and suspected to be behind many terror attacks. 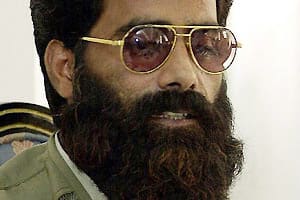 US cabbie gets 90 months in prison term in terrorism case

Cab driver who gave money to al Qaeda operative for terror attacks in India,has been sentenced to 90 months in prison.

"Neymar has muscle fatigue and will remain in care today," the Ligue 1 leaders said in a statement.

The financial system stress experienced in the second decade of the millennium, evidenced by rising non-performing assets, low credit growth and declining growth rates of capital formation, is now behind us, the survey said.

Kartik Aaryan and Kriti Sanon shot for an episode of The Kapil Sharma Show recently to promote their upcoming film Shehzada.

Deepti climbs to second spot, closes in on Sophie as top T20I bowler

The 25-year-old off-spinner, who is leading the wicket-taker's list in the ongoing Women's T20I Tri-series in South Africa with nine scalps, has reduced the England left-arm spinner's lead to just 26 rating points.

Before panchayat polls, TMC conducts outreach with much fanfare, hits pockets of turbulence

Mamata Banerjee announced the “Didir Suraksha Kavach” initiative on January 2. In the past few weeks, her party leaders have faced questions from people, and in some instances protests, at several places.

Armed forces can take action against their officers for adulterous acts: SC

A five-judge Constitution bench headed by Justice K M Joseph said its 2018 judgement was not concerned with the provisions of the armed forces acts.

The Economic Survey, however, has listed risks and challenges from widening current account deficit (CAD) amid elevated commodity prices, likelihood of further rate increases in policy rates by the US Federal Reserve, and the challenge of the depreciating rupee.

Jaysukh Patel was named as an accused in the chargesheet filed by police on January 27.