Rumi Jaffrey earlier,walked out of the 'Shaukeen' remake.

After four debacles in a row,one would have assumed that Sikander Khers career would have hit rock bottom. Zafar's popularity as a popstar in India only grew after a string of hits in Bollywood.

I will stick to making comedies: Abhishek Sharma

Sharma,who is just one film old says he wants to stay away from mainstream cinema. 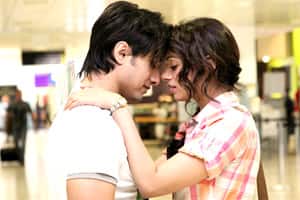 I haven't romanced this much ever: Ali Zafar

'London Paris New York' is the first ever romantic comedy for the actor.

Actor Ali Zafars acceptance in the Hindi film industry goes to show that talent and goodwill can transcend all boundaries. 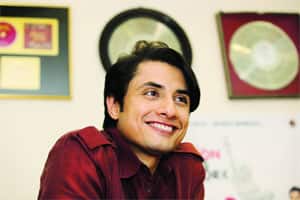 Actor Ali Zafars acceptance in the Hindi film industry goes to show that talent and goodwill can transcend all boundaries. Ali will next be seen in romantic comedy 'London,Paris,New York' to be released on March 2. Sikander Kher hopes to 'get recognition' with 'Tere Bin Laden: Dead or Alive'

New Delhi, Feb 23 (ANI): Actor Sikander Kher did not have a start like he expected in the industry.The actor has done handful films, but could not make his mark in the show business.But now the 34-year-old actor, who is all set to hit the screens in a comic role with 'Tere Bin Laden: Dead or Alive', is hoping for a hit he has been yearning for, since a long time. He further said that being a son to veteran actors like Kirron Kher and Anupam Kher can be a pressure at times, but he does not give much air to it and always do what he wants to do.'Tere Bin Laden: Dead or Alive' is an upcoming Indian Hindi comedy film directed by Abhishek Sharma, which is a spin-off of 2010 film 'Tere Bin Laden'.The film stars Manish Paul, Pradhuman Singh and Sikander Kher and will hit screens on February 26.