Dravid, who is Head of Cricket at the National Cricket Academy (NCA) in Bengaluru, was in Dubai where he gave a presentation to the BCCI office-bearers on the appointment of new coaches at the NCA.

There's no reason to remove Ravi Shastri if he is doing well: Kapil Dev

Ravi Shastri's contract comes to an end after the completion of T20 World Cup in the United Arab Emirates in October-November and it will also depend on whether the former India all-rounder is in a mood to re-apply.

The hunt is on for the new India coach with incumbent Ravi Shastri's tenure coming to an end with the conclusion of the tour of the West Indies. Ganguly said he's definitely interested in the India coach's job but not at the moment as his plate is full.

We will be neutral, won't take anyone's opinion: Anshuman Gaekwad on coach selection

The Kapil Dev-led committee which also has Shantha Rangaswamy as the third member will conduct interviews as the deadline for filing the applications for the head coach and support staff got over on Tuesday.

Robin Singh has also applied for Coach's post as he has been India's fielding coach from during 2007-09, and also had a successful stint as an assistant coach with Indian Premier League champions Mumbai Indians.

Sanjay Patel said he would like to know which Board official had said this to the newspaper. Gavaskar is least excited at the selection of Duncan Fletcher as the country's coach. Don't want to be talked about as potential India coach: Fleming

Fleming is currently incharge of IPL team Chennai Super Kings of which MS Dhoni is the captain. 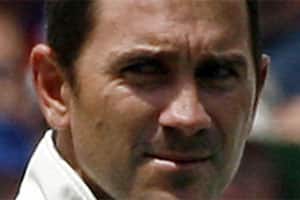