Overall, the Senate bill would drop the highest personal income tax rate from 39.6 per cent to 38.5 per cent. The estate tax levied on a few thousand of the nation's largest inheritances would be narrowed to affect even fewer.

Tokyo is hoping for relief in the BJP-led governent’s first Budget that Finance Minister Arun Jaitley will present in Parliament.

The Finnish firm has been trying to free up the assets.

After WNS and Infosys,iGate is the latest to face tax issues in India with the US-based outsourcing firm having an unsettled tax demand of $132.7 million (about Rs 738 crore) for assessment years 2004-05 to 2009-10. 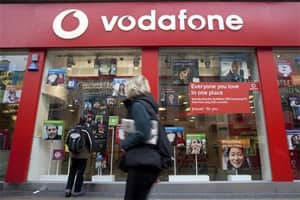 Another big question mark for Vodafone and its shareholders is the potential tax bill.

VAT registration will be simpler,faster from Dec 1

The state government has announced on Thursday to simplify and make it faster transparent VAT registration procedure.

Vodafone,the UK-listed telecommunications company,has warned that it faces a doubling of the $2.5 billion tax bill it is contesting in Indias Supreme Court.