Hindus and Buddhists in Bangladesh have become "third class citizens" and the growing anti-Hindu mindset is alarming, the writer said.

Explained: How the cricketing world rallied around Moeen Ali after Taslima Nasreen's tweet

An immensely popular cricketer globally, Moeen Ali has for years represented English cricket’s inclusivity and also the growing numbers of players with Asian roots in the UK. What was Taslima Nasreen's tweet on him?

Of all the people to pick on for her agenda, I can’t believe she has chosen my son: Moeen Ali's father

After author Taslima Nasreen tweeted that Moeen Ali would have joined the Islamic State had he not pursued cricket, the cricket world reacted with outrage. Moeen’s father Munir Ali speaks about the hurt it has caused and how his son has broken stereotypes while following his heart and faith.

The development comes days after the writer took to Twitter to express anguish at being given only three-month extension recently.

Taslima had to leave Bangladesh in 1994 in the wake of a death threat by fundamentalist outfits for her alleged anti-Islamic views. Since then she has been living in exile.

On her write-up in an online magazine over the killing of a Muslim labourer in Rajasthan, Nasreen denied that she had equated the Hindu community with terror group ISIS after the incident.

There are remarkable similarities in the seemingly conflicting arguments between TaslimaNasreen and MLA Imtiyaz Jaleel. They tend to revolve around a few strong beliefs: (a) There is only one form of Islam in India, (b) all Muslims are deeply religious; they follow Islam as an ultimate way of life and (c) reform or no reform, Muslims cannot be understood without Islam.

Taslima Nasreen sent back from Aurangabad airport after protests

Protesters had also gathered outside a hostel where Nasreen was to stay during her three-day visit. Police said they had come to know that the writer was planning to visit the world heritage sites of Ajanta and Ellora besides other tourist spots in Aurangabad.

Nasreen, who is a citizen of Sweden, had received one year extension on her visa in 2016 too. 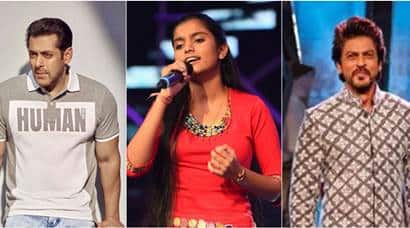 Amid AIMIM Workers’ Protest, Taslima Nasrin Sent Back From Airport