China to push for UN recognition for Tai Chi

Tai Chi, a traditional Chinese martial art and sport, may be able to slow down the ageing process, a new study has claimed.

Prithvi Theatre has opened its doors to many interesting activities other than those related to theatre.

Tai chi is based on the exercises which balance the opposing life forces of "yin and yang". Silence,lack of awareness barriers in India

Over the last two decades,Tai Chi  which many call the moving meditation that is good for those who cant do rigorous physical exercise -- has gained ground in India.

A downside to tai chi? None that I see 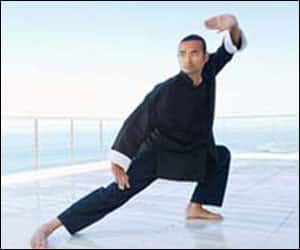