T-R-B is in but it’s water they want

The DMK campaign is centred around what he has brought to and built for Thanjavur.

Parliament panel chief gets a taste of travel on city locals

There is no security provided to us and we are under constant attack.

The Bill aims to provide highly subsidised foodstuff to two-thirds of the country.

T R Baalu meets Sonia Gandhi and requests her to support the candidature of Kanimozhi.

T R Baalu has given a notice of breach of parliamentary privilege against Chacko.

Upset over internal rivalry among party leaders,DMK chief M Karunanidhi on Monday said such factional feuds made him sleepless as these affected the party. 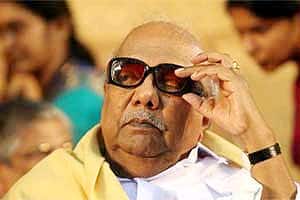 Palanimanickam says Baalu is trying to take credit for projects in his constituency.

Speaking to the media,Karunanidhi said that the rehabilitation work undertaken there was not satisfactory.

Briefing on the deliberations,Finance Minister P Chidambaram said: We reviewed the situation following the number of decisions announced in the last 10 days

Give citizenship to Sri Lankan Tamils: Karunanidhi to PM

In his letter,Karunanidhi has demanded that all Sri Lankan Tamil refugees living in India should be granted Indian citizenship or permanent resident status.