Justice Mukta Gupta said the applications filed on behalf of Tharoor, who is also seeking to restrain Goswami from airing any shows which allegedly defame him, would be taken up on December 21.

The Thiruvananthapuram MP was granted regular bail by the court on July 7 after he appeared before it in pursuance to the summons issued against him. The court had directed Tharoor not to leave the country without permission.

The police was on September 12 directed to de-seal the suite and was allowed to take all articles from the room required for its probe, besides filing a compliance report

“The SIT has also questioned around a dozen chemists in and around Tharoor's bungalow in Lodhi Estate,” a police source said.

Delhi Police made it clear that it will probe if IPL angle was related to the death of Sunanda Pushkar.

Once the date for the Delhi polls was announced, TV played number cruncher.

On The Loose: Lights Out

Sunanda , 52, died on January 17, 2014 and Bassi said that the latest medical report confirmed death “due to poisoning”. 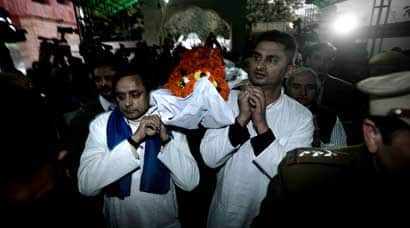 Doctors said that Sunanda Pushkar's death was a case of "sudden, unnatural death".