The struggle to make Star Wars

Star Wars featured an overarching conflict between an empire and a group of rebels. This was an immersive, dazzlingly-detailed world populated with noble heroes, malevolent villains and a sarcastic scoundrel. Here how the film was made.

The struggle to make The Lord of the Rings: The Two Towers

The struggle to make The Lord of the Rings: The Fellowship of the Ring

The Lord of the Rings: The Fellowship of the Ring and the LotR trilogy collectively had one of the most complex productions in film history. The visual effects required technology that did not exist then and filming schedules were strenuous. But the biggest problem of them all was the writing. 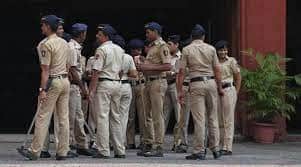 From Shatrughan Sinha to former CM Bhattal, from Asansol to Amritsar, clamour for early release of Navjot Sidhu

From Shatrughan Sinha to former Punjab CM Bhattal, the chorus for the release of Navjot Sidhu grows louder