A question from Kolkata: Can a teacher be hot?

The forced resignation of a college professor over her Instagram swimsuit pictures reminds us that policing the female body, be it a student or teacher, is a tenet of our education system

The woman, who wished not to be named, told The Indian Express that a “kangaroo court” was held on October 7 in the presence of Vice-Chancellor (V-C) Felix Raj, registrar Asish Mitra where she was “intimidated, bullied and taunted with sexually coloured remarks” and “objectionable insinuations” without any provocation or justification.

Citizens complained that when the work was started in March, the civic body had said that it would get over in two months’ time and that the premises would be restored for public use. 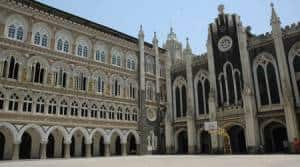 The theme for this year’s fest is ‘Parallax: The Legacy Re-routed’.

The candidates can check the list through the website- mu.ac.in as well as on the websites of the respective colleges.

The letter refers to Thackeray’s protest against the inclusion of Rohinton Mistry’s book, Such a Long Journey, in the syllabus of the University of Mumbai in 2010.

While the St Xavier’s College and the St Xavier’s High School are in the 150th year of their existence, the Xavier Institute of Communications is marking its 50th anniversary.

Rajendra Shinde interview: ‘I have a lot of things planned. I feel we have become complacent’

Rajendra Shinde, who heads the Botany department at St Xavier’s College, Mumbai, is set to become the first non-Christian principal of the college. In September, Shinde will take charge of the college that turns 150 this year.

Once through, the proposed institution would be the second Jesuit-run university in the country after Odisha, he said, adding the Bill on it would have to be passed in the legislative assembly.