Celeb fitness: Sooraj Pancholi is 'back to the game'; watch video

"If there has been a gap in your gymming routine, it’s reasonable to see a decline in strength, endurance, and overall muscle," said Bala Krishna Reddy Dabbedi, a fitness expert

Sooraj Pancholi on Jiah Khan case: 'I don't know how I survived the last eight years'

Sooraj Pancholi opened up on Jiah Khan case, saying that he and his family is hopeful that the CBI court will be expeditious with the case.

Aditya Pancholi: Sooraj has been trolled for no fault of his own

In his complaint, Sooraj Pancholi has said that in the first week of July, his friends informed him about the post.

In his complaint submitted at the Versova police station on Monday night, Sooraj Pancholi said he was being defamed on social media platforms, including Facebook, Twitter and Instagram, by being linked to Sushant Singh Rajput's death.

A recipient of the Arjuna Award and the Dronacharya Award, Hawa Singh dominated Indian and Asian Boxing in his weight class for a decade. Sooraj Pancholi will play the lead role in the film.

The CBI, in a plea moved last month, has sought to send the dupatta allegedly used by Khan to commit suicide to the Central Forensic Science Laboratory in Chandigarh for further examination.

Satellite Shankar movie review: This very Forrest Gump-ish intent could have been better realized if the plot had been less simplistic, and the lead actor a little more versatile.

Sooraj Pancholi: Satellite Shankar will be an evergreen film

Satellite Shankar is Sooraj Pancholi's second film after his debut in 2015 film Hero. It releases on November 8. Shamita Shetty turned 39 on January 2 and the day was made all the more special by her loving sister Shilpa Shetty. The Shetty sisters and a few close friends of the duo came together to celebrate Shamita's birthday and here are inside photos from the birthday bash. 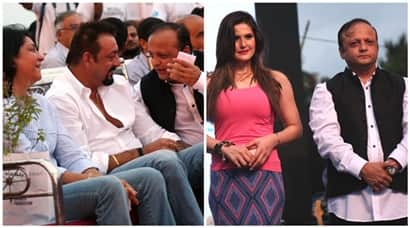 Amitabh Bachchan, Sonam Kapoor and Sidharth Malhotra all lead jet-setting lives, so here's when the shutterbugs spotted them in-transit. The Bachchan family — Amitabh, Jaya, Aishwarya and Abhishek — along with numerous celebrities from the film industry including Sooraj Pancholi, Daisy Shah, Athiya Shetty and others were present at the premiere of Aishwarya’s film “Sarbjit” in Mumbai on Wednesday (May 18) night. 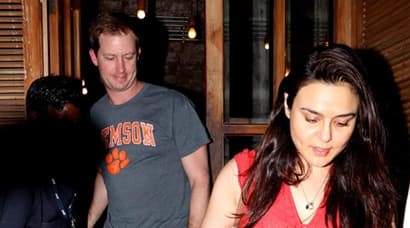 After a starry wedding reception on May 13, Preity Zinta and husband Gene Goodenough were spotted on a dinner date on Tuesday evening (May 17) in Mumbai. 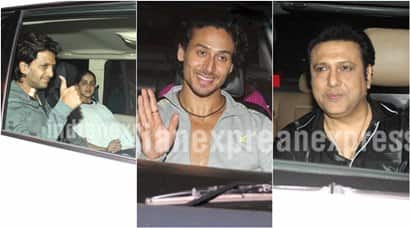 Baaghi starring Tiger Shroff, Shraddha Kapoor got off to a spectacular start at the box office. While a special screening of the film took place in Mumbai, many known faces as Riteish, Genelia, Govinda, Tabu and others were seen. Sidharth Malhotra on the ramp, Sanjay Dutt off it Jacqueline Fernandez and Sooraj Pancholi lauched their single 'GF BF' produced by Bhushan Kumar and directed by Remo D’Souza on February 17 at a multiplex in Mumbai.

New Delhi, Feb 18 (ANI): Bollywood newbie Sooraj Pancholi and actress Jacqueline Fernandez have been paired together, not for a film but for a T-Series romantic number titled ‘GF BF’. The duo recently launched the new single in India’s showbiz capital Mumbai along with choreographer Remo D’Souza and singer Gurinder Seagal. Jacqueline Fernandez has debuted as a singer with this single and talking about her singing skills, the actress said it was fun hitting the studio for the first time adding that she never imagined she would sing some day. The duo also said that they would love to work with each other in the future. The chemistry between Sooraj and Jacqueline looks amazing with lot of classic dance moves and swag.