‘Music should have subtext’

Some might find it debatable but the Oscar win has done A R Rahman good.

Filmmaker Imtiaz Ali on Highway,his most complex film yet,and why travel is such an important part of his identity. 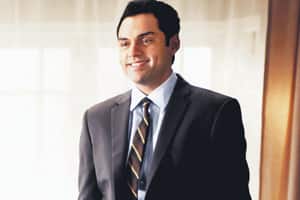 Abhay who plays Arjun in Aisha says he has worked hard to avoid stereotypes and create a niche for himself.

The state transport department offered the discount through an announcement Thursday (February 2) as a one-time measure till February 11 after a meeting chaired by Karnataka State Legal Services Authority in January.

Clinton, who is on a two-day visit to Gujarat, visited SEWA, founded by late Elaben Bhatt who died at 89 in November 2022, that works in 18 states with a membership of 25 lakh women workers in the informal sector, on its completion of 50 years as a trade union.

Nirupama Subramanian writes: Pervez Musharraf, the architect of Kargil War, who went from dictator to fugitive

Pervez Musharraf was just another military ruler of Pakistan in the long tradition of that country, full of bombast and confidence but falling finally to his own overreach.

Musharraf, who passed away in a Dubai hospital on Sunday, used cricket as a strong diplomatic tool to improve relations between the two countries when he led Pakistan first as Chief Executive and then President.

Pope Francis spoke to reporters after a six-day visit to Congo and South Sudan, where he was joined in the South Sudanese capital, Juba, by the Archbishop of Canterbury Justin Welby and the moderator of the Church of Scotland, the Rt. Rev. Iain Greenshields.

The accused persons have been identified as Sivaraman V, who hails from Coimbatore in Tamil Nadu and Vikas Rana, a resident of Govindpuri. Sivaraman V was arrested from government servant quarters in the city while Rana was arrested from his hideout in Darjeeling, said police.

Tavleen Singh writes: Modi is deeply sensitive to criticism in the western media but appears to have not discovered that if journalists, dissidents, and students spend months in jail without trial, he will inevitably be seen as an autocrat.

When one earns livelihood, one has a responsibility towards the society. When every work is being done for the society, then how can it be big or small or different from each other, he asked.

It was a close contest from the opening exchanges, with India creating more chances despite a deluge of midfield traffic.

Under the 'Mukhyamantri Tirth Darshan Yojana', eligible senior citizens above 60 years of age can visit any of the listed pilgrimage places on government expenses.