Bhumi will make her debut in the film 'Dum Laga Ke Haisha'.

Director Maneesh Sharma turns producer after inking a three film deal, with YRF Chairman Aditya Chopra, earning a stake in the profits too.

Move over Raj-Simran,Ram-Leela are the new age raunchy lovers of Bollywood

Agenda is to evolve as an actor,says Sushant Singh Rajput

Sushant Singh Rajput says he will strive to evolve as an actor.

With major labels tying up with websites to promote free music,what's the future of the industry?

There is no stopping Sushant Singh Rajput,former TV actor has signed big banners.

Vaani: Parineeti and Sushant did not have any air about themselves or any baggage so it was fun.

Sushant Singh Rajput will next be seen in Shekhar Kapur's 'Paani'. 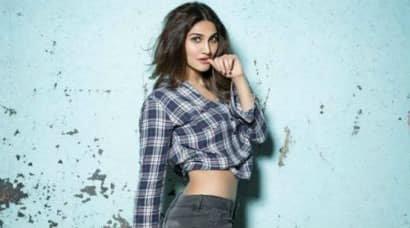 Model-turned-actress Vaani Kapoor has every reason to celebrate as she's the current talk-of-the-town after being confirmed as the lead actress of Yash Raj Films' 'Befikre' opposite Ranveer Singh. Model-turned-actor Saqib Saleem, who is the younger brother of actress Huma Qureshi celebrated his birthday on Tuesday.