The award will be conferred upon Pt Jasraj by Union Minister for Finance and Information and Broadcasting, Arun Jaitley. 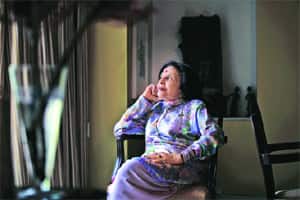 The ceiling reverberated with the incessant thumping of multiple pairs of feet tied with ghungroos,which stomped in unison upstairs.

Gyanshyam Khichi is a temperamental villain. He doesnt unleash manic tantrums,nor do glass partitions close and open mysteriously revealing his kingdom of nightmares.

A decade back the Shriram Bharatiya Kala Kendra held its first festival of dance drama,calling it the summer ballet festival. On the culturistas calendar it marked not just the onset of summer,but also one of the last cultural events of the season in the city.