Shrek franchise to get a reboot

The original Shrek series had four films and were based on a misunderstood and ostracised ogre who gets inundated by fairy tale creatures and goes on a quest to get back the quiet he had in his swamp.

Happy Children's Day: Throwback to some of the best films we watched growning up

It's Children's Day and we have compiled a list of popular movies from our childhood which you can watch today. From Home Alone and Shrek to Harry Potter and Steven Spielberg's ET: The Extra Terrestrial, here is a list of all the films which might have been your favourite.

The actor was set to make an appearance at the event to speak about his documentary 'Supermensch: The Legend of Shep Gordon'.

'Shrek' is due for another movie after the release of its fourth instalment 'Shrek Forever After'. Nicolas Cage turned down the role of Shrek because he did not want to 'look like an ogre'.

McDonald's is recalling 12 million drinking glasses it is selling to promote the new "Shrek" movie because painted designs on the cheap collectibles contain the toxic metal cadmium.

'Shrek' better than 'Sex' at BO

Cartoon characters have scored on the box office.

The Ogre has powered to the top of the charts,again.

What the end of the Shrek franchise means to the star voices.... 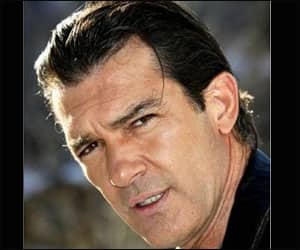 Spanish actor Antonio Banderas has promised to surprise the audience with his role in an upcoming film.