DGCA sends another show cause notice to Air India

The regulator said that one passenger was caught smoking in the lavatory, was drunk and not listening to the crew,and another allegedly relieved himself on a vacant seat of a female passenger.

Manika Batra, in her response to federation's show cause notice over not taking Soumyadeep Roy's help during the Tokyo Olympics, stated that the national coach asked her to fix a match in Doha.

Professor Manas Maity of Physics department had lodged an FIR against Vice-Chancellor Bidyut Chakraborty at Santiniketan police station on June 12 for allegedly insulting and humiliating him and some other faculty members by making some "unsavoury comments" against them at the meeting.

On November 21, the court had passed an interim injunction order against Roy, stopping him from making any further statements linking Abhishek to the Biswa Bangla Marketing Corporation

Showdown with EC: Showcaused for remark, Mamata says will repeat it 1,000 times

"They (EC) have showcaused me on the very first day of the Bengali New Year, the people will showcause them on May 19," a visibly irritated Banerjee said.

Rescuing the organization from this state of affairs is not indiscipline, it is the duty of every volunteer.

Now Dwivedi says party should be open to criticism 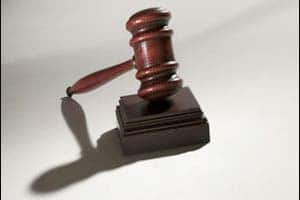 The Chairman said he took over the management of the college trust from May 15.

The Nagpur Bench of Bombay HC has issued a show cause notice to Maharashtra Education Minister Rajendra Darda asking him to file a reply within two weeks.