Menon said that the leadership of many countries, including India, relied on nationalism, personality cults and other forms of legitimacy, as economies around the world slowed down.

Shivshankar Menon: 'Post-Covid, everyone will be diminished. We have to handle our problems competently... not do image management'

As the centre-stage of geopolitics shifts to Asia, with a more assertive China, Menon’s new book, India and Asian Geopolitics, is a “plea” for India to engage with the world, particularly Asia. The former ambassador to China and ex-foreign secretary, also analyses India’s growing position as a counter to China in the region.

Speaking at an event organised by the Constitutional Conduct Group and Karwan-e-Mohabbat at the Press Club of India, Menon said, “What we have achieved in recent past is to hyphenate our image with Pakistan’s in a fundamental way as religiously-driven and intolerant states...."

India has been a key stakeholder in the peace and reconciliation process in Afghanistan and has committed aid worth USD 3 billion to the war-ravaged country.

It has been our consistent official position that J&K is an inalienable part of India, and that the issue with Pakistan is the return of Pakistan-occupied territory.

No reason to deny visa to Dolkun Isa: Ex-NSA

He said China takes Uighur leaders — such as Isa and the US-based Rebiya Kadeer — seriously and is trying to have them blacklisted internationally, but “we (India) have no reason” to see Isa as a terrorist.

Former National Security Advisor Shivshankar Menon says that after 26/11, his thought “as an individual was that India should attack Pakistan”, but asserts that terrorism should not determine India’s relationship with Islamabad and explains why “diplomacy is not a T20 match”

Menon, who was speaking at the Idea Exchange programme of The Indian Express, said he was “surprised” by the decision to postpone talks with China in the wake of the Pathankot attack. 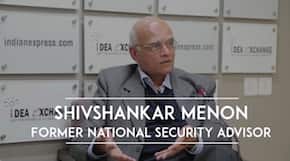 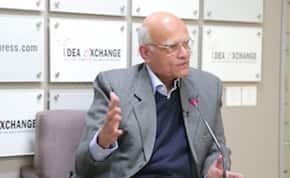