Back for third term, Mamata becomes one of the longest-serving woman CMs in India

With Didi all set to take oath for the third time, we take a look at the longest-serving woman chief ministers the country has seen so far.

The party came second in five out of seven seats in the Lok Sabha polls in Delhi and is hoping for a comeback in the Assembly elections.

Many Congress MPs doubted necessity of Shah Bano law, but supported it: Sheila Dikshit in autobiography

“But owing to the manner in which the issue was framed by interested parties across the political and religious spectrum, it fell victim to the political fault lines that independent India had inherited,” she recalled.

Dikshit had campaigned, but only for those candidates who sought her presence.

"Modi has become Prime Minister. And that's it. Delhi's issues are very different," she said.

The erstwhile AAP government had on February 3 recommended to the President action against Dikshit.

Are women more thick-skulled than men? Delhi says no

Now,we will see the role of AAP,which has promised people to reduce the price of onions,Pawar said.

Now that Kejriwal and his merrymen have got the attention of Delhis elite,heres a little guide for the party,at a party

AAP likely to field Anjali Damania against Gadkari,Kumar Vishwas to take on Rahul

I was initially reluctant to take it up due to my personal and family responsibilities: Damania. 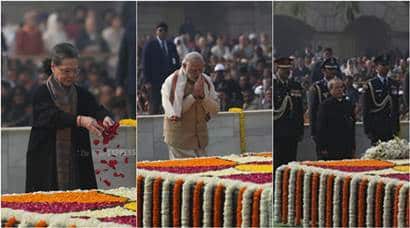 President Pranab Mukherjee, Prime Minister Narendra Modi along with Congress President Sonia Gandhi remembered Mahatma Gandhi on his 68th death anniversary and paid homage to the Father of the Nation. 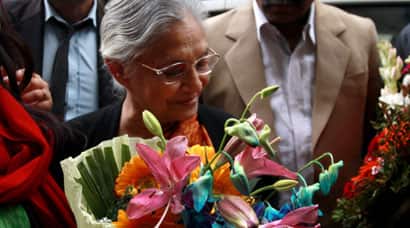 Sheila at home, Kejriwal in Gujarat