Supermodel Heidi Klum and Seal are officially divorced following their split in 2012 after seven years of marriage.

The couple were married for seven years before announcing their separation in 2012.

L K Advani writes on US President Barack Obama's response to terror in his blog.

Seal attempted to flirt with a blonde yoga instructor at a neighbour's party.

ISB host families give students home away from home

Aikya is a host family network programme,that has been functioning at the Indian School of Business (ISB),Mohali. Aikya is a Sanskrit word,which means coming together. The e-book 'No Easy Op' offers a few details about Bissonnette's team.

The US Navy commando who wrote an account of the raid that killed Osama bin Laden under a pseudonym was identified Thursday as Matt Bissonnette,who retired from the Navy last summer. Heidi Klum and Seal unable to work out their differences

According to sources,Heidi Klum plans to 'move forward' with the divorce from Seal. The German-born Klum and Seal,who married in 2005,have four children ranging in age from 2 to 7. 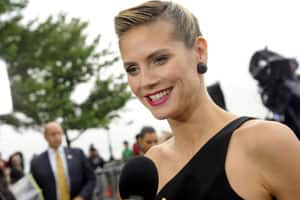 Supermodel Klum loves performing pole dances for husband Seal every now and then.