Special judge B V L N Chakravarti will probably give a date tomorrow for judgement in the case.

Incorporation of cos now turns tougher

Now,it will be easier to identify vanishing companies with public shareholding. Satyam (bought by Tech Mahindra) has filed a suit against ex-directors,staff and PW.

Four former employees of IT major Satyam Computers Services Ltd and a former auditor of PriceWaterhouseCoopers (PWC),arrested for their alleged roles in multi-crore accounting fraud involving the software firm,were today granted bail by the Supreme Court. 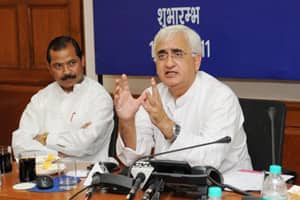 Khurshid,expressed hope that Bill would be passed in Winter Session of Parliament.

The CBI, has reduced the number of witnesses in the case to 220 as against 690.

SEC fined Satyam and its auditors PriceWaterhouse India up to $17.5 mn for accounts bungling.

Sebi for ban on kin voting in companies

To stop scams,Sebi wants voting rights denied to any person related to a company.

Trial in Satyam scam to begin from Nov 2

The trial in multi-crore Satyam accounting fraud case would begin from November 2.

Nearly 20 months after Indias biggest corporate fraud came to the light in January 2009.