Many of Hussain's books have been translated from Urdu to Hindi, English and other languages over the years.

Virat weds Anushka: Some tough questions for the newlyweds

Anushka Sharma and Virat Kohli are now officially Virushka (or would they prefer Korma?), but the partnership made in heaven still has to address some very tough questions - from what was served at the wedding to honeymoon destination, the inquisition will last a while. Just don’t take it too seriously!

Inspired by Rajasthan’s bid to rewrite history: Here are 5 other facts from India’s past that we could (should) change

Readers please note, any recourse to logic or fact is absolutely unnecessary here as long as we can sustain our nationalist pride through history.

An animated satirical YouTube channel is taking potshots at the IS leader and his ideology.

How Girliyapa made a 'creepy' man run away

This confrontation between two girls and a 'creepy' man will make you laugh out loud.

Spoof of the Matter 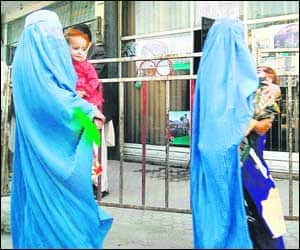 Afghan TV satires aim to fix problems with a laugh

These days,if you need something done in Afghanistan,don't bother with the officials: comedy and satirical TV shows appear to be calling the shots.