Whatever happened to fashion’s favourite month? Who ate the January sale?

As Google's The Great Online Shopping Festival kicks off today, we suggest you to make the best of it and steal deals before it's too late. Pre-release sales of the book titled 'The Casual Vacancy' were the highest of any book this year.

The plate 'X1' was originally issued by Northumberland County Council in December 1903. 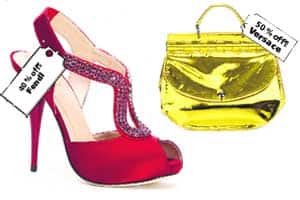 The Indian market has brought luxury down to its knees. Discounted luxury now thats Indianism.

Aerostat up for sale,base price fixed at Rs 8 cr

The white elephant of the Commonwealth Games  the Rs 70-crore aerostat  will finally go under the hammer for Rs 8 crore. This winter,when art auctions take off in full throttle,some interesting works with prices to boot,will come up for sale. This winter,when the art auctions take off in full throttle,some interesting works with prices to boot,will come up for sale.

SEBI said brokers would now be responsible for sale,redemption of units being bought by investors.