A taste of Spanish Tango for Ranjeet

The CHART trainee,who along with five other players was on three-week exposure trip to Madrid,recalls his experience

After the local lads' ouster and the withdrawal of city favourite Sanam Singh from the tournament,the hopes of the local fans was pinned on Vijayant Malik,a former CHART trainee,who is still alive and kicking in the $ 15,000 ITF men's futures tennis tournament being played at the CLTA Stadium in Sector 10.

Nishchay Rawal,the local lad,looked nervous while playing his first senior professional tournament and,though he has the talent and the temperament,played some double faults that proved costly and eventually he lost the match against Sagar Ahuja,4-6,6-1,4-6,in the first round of the main draw of the ITF men's futures $15,000 tennis tournament at the CLTA Stadium in Sector 10 on Tuesday. 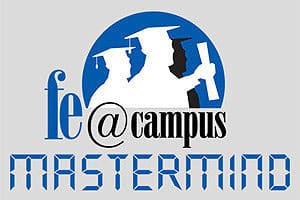 FE@CAMPUS MASTERMIND: Response by Ranjeet Singh to question for March 25-31

Do environmental clearances in India need a fresh look?

Ranjeet Singh,a CHART trainee of CLTA,hushed his way past Sohrab Kunwar 6-1,6-2 to enter the round of 16 on the opening day of the CLTA-AITA Rs 1 lakh men's and women's tennis tournament,at the CLTA Stadium in Sector 10 on Monday.

For the past five years,96-year-old Mann Kaur has followed a same routine.

A 26-year-old staff nurse at Government Medical College and Hospital in Sector 32 (GMCH-32) allegedly committed suicide by injecting herself with an unknown substance in her hostel room on Thursday morning.

He went to US to bring brother back,now family waits for their bodies

Ranjeet Singhs family had begun preparing for Diwali already this one was to be special.