Rakhi Sawant is one of the most controversial names in India's entertainment industry. The model-actor hogs more headlines due to her controversial statements than her work. Rakhi has appeared in Hindi, Kannada, Marathi, Telugu and Tamil films. Though she began her acting career in 1997, she came to be known for acting with Zayed Khan in Chura Liyaa Hai Tumne and Main Hoon Na with Shah Rukh Khan and Sushmita Sen. Her other films include Masti, Buddha Mar Gaya and Dil Bole Hadippa. But more than her acting, she has made a name for herself as an item girl, featuring special songs in movies like Ek Khiladi Ek Haseena and Krazzy 4 along with several music videos like "Pardesiya Remix". Rakhi was a part of the first season of Bigg Boss and grabbed enough eyeballs for the shocking revelations she made about her earlier life. She also took part in Nach Baliye 3 and Pati, Patni Aur Woh. Her show Rakhi Ka Swayamwar got high ratings too. Despite having no backing in the industry, Rakhi has managed to make a mark for herself, even if it is through her controversial statements. She was a solo guest on Koffee With Karan Season 2. She has been quite vocal about going under the knife. Rakhi said "Jo cheezein God nahi deta, woh doctor detein hain!" when host Karan Johar asked her about her plastic surgeries. Rakhi has expressed her adulation for Prime Minister Narendra Modi and Yoga exponent Baba Ramdev too. She even formed her own political party called Rashtriya Aam Party and contested as an Independent Candidate in the 2014 Lok Sabha elections.

According to the prosecution, Rakhi Sawant allegedly made derogatory comments about the complainant.

Rakhi Sawant breaks down after her mother passes away, Jackie Shroff and Maanayata Dutt offer support

Rakhi Sawant took to Instagram and released a statement that her mother, Jaya Sawant, had passed away.

According to the prosecution, the applicant (Sawant) had allegedly made derogatory comments about the complainant (model).

Last year the actors filed police complaints against each other on charges of sexual harassment and defamation, among others.

A sobbing Rakhi Sawant informs her mother has brain tumour: 'Please pray for her'

Rakhi Sawant on Monday shared an update on social media regarding her mother's health condition, stating that she is unwell and has brain tumour.

Iulia Vantur gives an update about the upcoming docu-series Beyond The Star which revolves around Salman Khan's life.

When Karan Johar asked Rakhi Sawant if she can become a mainstream heroine with her 'image', and she said, 'Boss, I am'

On Rakhi Sawant's birthday, here's a throwback to her legendary appearance on Koffee with Karan.

The verbal altercations between Chopra and Sawant began after Chopra levelled allegations of sexual harassment against actor and producer Sajid Khan, who is presently a contestant in TV show Bigg Boss.

Here are some latest photos of our celebrities.

Rakhi Sawant's mother, Jaya Sawant, passed away on January 28. She had brain tumour and cancer. 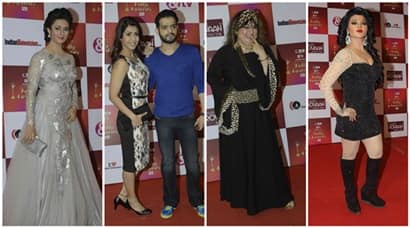 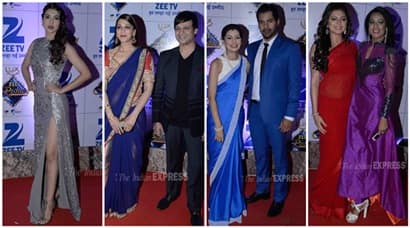 Gauahar Khan was sizzling in a golden gown with a thigh high slit at a television awards held on Sunday (November 22) in Mumbai. Also seen walking the red carpet were many TV celebs like Drashti Dhami, Mrunal, Shabbir Ahluwalia, Sriti Jha. Joining them was Bollywood actors Sonali Bendre, Vivek Oberoi.

Bollywood celebrities Sooraj Pancholi, Athiya Shetty, Neil Nitin Mukesh and Rakhi Sawant were spotted busy with their mid-week commitments. While Sooraj and Athiya were spotted at the airport on Wednesday (September 9), Neil and Rakhi had their hands full with shoots. 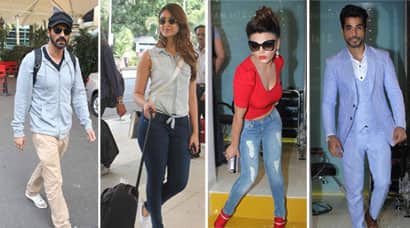 New Delhi, Jan 8 (ANI): Controversy queen Rakhi Sawant has made a unique New Year resolution this year, and a major reason could be that she is not happy with the way her counterpart Sunny Leone is being given so much attention from Bollywood. The Bollywood item girl slammed the former porn star and B-Town's current hot property indirectly at the launch of her latest single titled 'Party Punjabi Style'. Giving her honest opinion, Rakhi Sawant said that she is really angry with the censor board as well because she had to re-shoot a major part of the video after the board trimmed the video of her song. Rakhi added that the cuts were unnecessary as there have been times where several videos have been cleared with more adult content. Rakhi's latest single also features pop sensation Daler Mehndi and is produced by DJ Sheizwood.