Give me Goa Chief Secy, let officers not decide: CM to Rajnath

Letter of the Week: Wrong reason

Though Banerjee is chief minister of a nearly bankrupt state and has, she seems only too happy to grant tax waivers to those who paint their house a certain shade of blue and white.

To win country,need to win its dil: Rajnath tells BJP as campaign begins

Nitin Gadkari,on Tuesday said the party had to win Delhi if it wanted to win India.

Centre should formulate a plan to fight any kind of terror attack,says Rajnath Singh.

Congress leaders had ridiculed Modi's visit to Uttarakhand,to which Rajnath has responded. 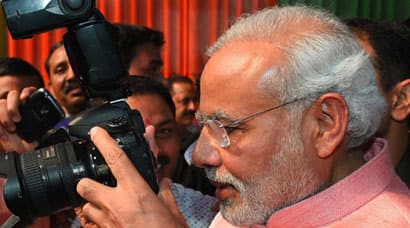 PM Narendra Modi had some good words for the press, promising to find a way to interact with it directly.