Rajit Kapur said his heart goes out to Aryan Khan, who he feels must be going through an intense range of emotions. 'Do you think if he was not Shah Rukh Khan's son, he would be made to go through this?' he asked.

Rajit Kapur on Basu Chatterjee: His films will remain evergreen even in a dull-grey world

'Basu Chatterjee gave clear instructions and enough leeway at the same time to the actor. Once he had decided what the look and the feel was, there was a certain amount of freedom given. But it was very clear how much he wanted, and how much he didn’t.'

Actor Rajit Kapur, who played the titular role in Byomkesh Bakshi, remembers his association with Basu Chatterjee, who passed away today aged 93, and reveals why their series stood out among all the adaptations of the famous character.

Not just Ramayan, Doordarshan brings back these iconic TV shows as well

The Legend of the Seeker

Rajit Kapur remembers Byomkesh Bakshi, the Bengali fictional detective who changed the course of his career 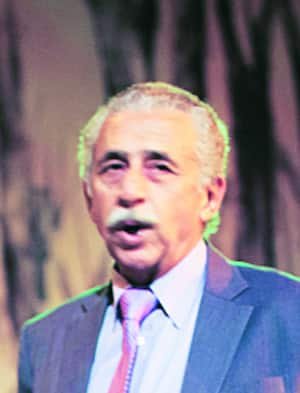 Back in 1993,Shernaz Patel,Rajit Kapur and Rahul da Cunha made a choice. The World of Prithvi