Writing on the Wall

The coming weeks will be a treat for book lovers,as the city and Kasauli will host three literary festivals in succession

Thane murder: Hunt on for 3 Nigerians

Police have launched a manhunt for three Nigerian nationals,who allegedly killed a building supervisor at Nalasopara in the district on Saturday night.

The girl alleged that her brother had been raping her since she was 10 years old. She said that he first raped her when she was in class IV,then VI and XI.

An FIR was lodged against several students of Lucknow University for creating ruckus and hurting three security guards at the varsitys new campus during the ongoing admission counselling for the next academic session.

A youth arrested in a theft case attempted to flee from the Mazgaon court premises on Monday evening but was nabbed immediately.

Police yet to trace accused in Malad kidnapping case

The Malad police are yet to trace two men and a woman accused of abducting and threatening an actor on Monday night.

A Rajasthani princeling loses his heart to a Punjabi kudi in London town. 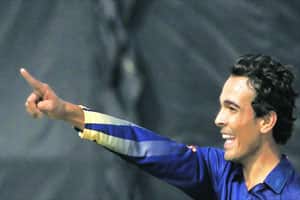 Rajvinder does the star turn