Rafael Nadal says he 'can't be competitive over two matches', adds he had to withdraw from Wimbledon out of respect for himself

The Spaniard' was forced to retire from the event after suffering an abdominal tear during his five-set win over Taylor Fritz in the quarterfinal.

Rafael Nadal was sidelined for much of the 2012 season with a left knee injury.

Nadal was sidelined for seven months,but hard work has again made him a ferocious force. 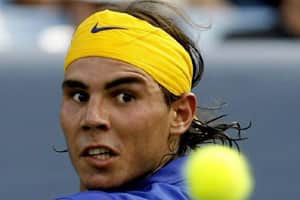 The 26-year-old has been on the sidelines since his shock Wimbledon second-round exit.

After Olympics,world No 3 Nadal pulls out of US Open due to prolonged knee injury