The 5 biggest scientific breakthroughs of 2022: Fusion energy, ‘life after death’, and more

Scientific Breakthroughs of the Year: From a breakthrough in nuclear fission energy technology to pigs being "revived" after their death, here are some of the biggest scientific breakthroughs that happened in 2022.

Scientists simulated wormhole using a supercomputer for the first time ever

Scientists at the California Institute of Technology have successfully simulated a wormhole using a supercomputer.

A team of physicists has taken a significant step toward this computer network of the future, using a technique called quantum teleportation to send data across three physical locations.

Free technical sessions will also be conducted for NPTEL partner colleges through IBM's local chapters, which will be made available on NPTEL and IIT Madras’ online platforms.

Weinberg, Dr. Abdus Salam and Dr. Sheldon Lee Glashow were jointly awarded the 1979 Nobel Prize “for their contributions to the theory of the unified weak and electromagnetic interaction between elementary particles.”

The study which took place, took rubidium variety of atoms, which bond to form molecules of dirubidium. Till this, the project was a bit easy, but to model how the changes take place is the challenge.

Secure, un-hackable computer network made a reality by quantum physics

Researchers have been able to create a computer that checks security of quantum computers before interacting with them.

Scientists capture the sound of an atom

The researchers at the Chalmers University in Sweden have succeeded in making acoustic waves couple to an artificial atom.

Chinas Tianhe-2 became the worlds fastest supercomputer in June,setting a new record in strategic technology. While this field grows at a phenomenal pace,the need for speedy calculations accompanies it. Supercomputers can zero in on solutions,eliminate duds,and test probabilities of variables much faster. Heres a look at these gigantic arrays of processing power and what lies beneath 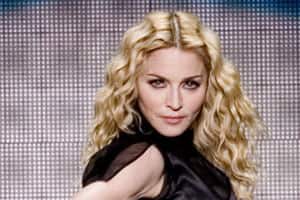 I like working with people who are well read: Madonna

The pop star wants to work with those who can enter into intellectual debates with her about philosophy and quantum physics.