🔴 India has assured its neighbours of its commitment to respect their sovereignty and stressed the need to stay out of the big power confrontation.

Referring to the law, Chief Justice of India N V Ramana said it was after its introduction that “the momentum started for arbitration, conciliation, mediation procedures.”

Sanjaya Baru writes: As the head of a minority government, he knew he had to take others along to be able to deliver on policy

The joint statement was released before the Minister of External Affairs, P V Narasimha Rao, left for Lahore after having a series of formal and informal meetings with Pakistan’s foreign minister Agha Shahi.

Seeking to draw a cogent picture of the events which transpired during the critical period before and after the demolition, Madhav Godbole says as prime minister, Rao “played the most important role in this crucial test match, but, unfortunately, he turned out to be a non-playing captain”.

The emphatic election mandate for Modi and political uncertainty in the region have created opportunities for India.

AP was the first state in the country to be formed on the basis of a common language. 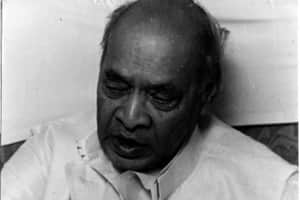 When Narasimha Rao kept postponing an official visit to B'desh

The former PM wanted to avoid "embarrassment" of being confronted with Farakka barrage issue. 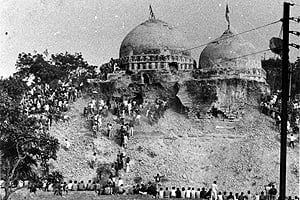 Rao 'connived' at the demolition of Babri Masjid,writes Nayar

In his book,Kuldip Nayar says Narasimha Rao sat in prayer when kar sevaks began the demolition.